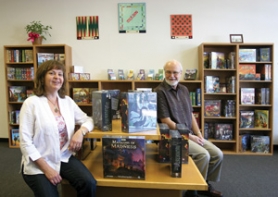 See the wonderful article about our retail store in the Gresham Outlook.  Special thanks to The Outllook’s Anne Endicott and Jim Clark for the story and picture.
Below is a short excerpt from the article:

“There’s a large portion of people who still play board games,” said Ron Brown, who together with wife, Lynn, recently opened Off the Charts Games in Gresham. “You’re connecting with people, interacting, talking and laughing. You can see when you do well. Board games are a great way to sit down after a long week and have a good time.” 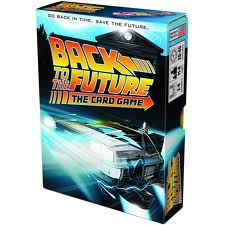 Our aim at Off The Charts Games is to continually bring you new products. Just arrived this week is Back to the Future The Card Game.
An excerpt from the rules describes the game as follows:

“In this game you are a time traveler, a descendant of one of the characters in the Back to the Future movies. Unfortunately, other time travelers have been tampering with events in your past, endangering your very existence. You must put things back in the ways that seem right to you, then stop Doc Brown from ever inventing time travel, which will freeze reality the way tyou need it to be, once and for all.

The game is played entirely with cards, but has the feel of a board game since important events are represented by a special grid of 24 cards called the TimeLine.”

Another great game from Looney Labs, the makers of Fluxx and Seven Dragons.

Please come in and visit us at Off The Charts Games and see our new games that came in this week.

A simple & clever tile laying game that brings new challenges with every turn. 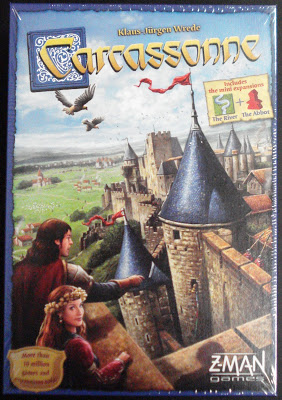 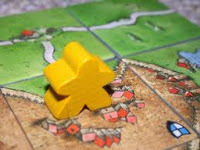 In Carcassonne, players
develop an area around the city by placing land tiles. Each turn the area
becomes larger as the players expand and add roads, fields, cities, and
cloisters. Players may also deploy their followers as thieves, farmers,
knights, and monks to control and score points for the roads, farms, cities,
and cloisters. As the players have only a few followers; the wise player will
plan his moves carefully and deploy followers when and where they can earn the
most points. 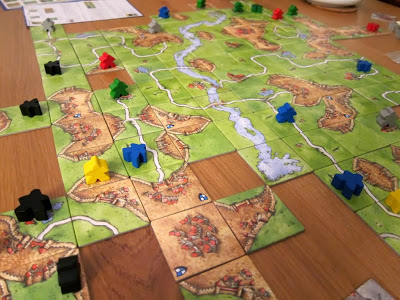 The game now includes the River and the Abbot mini expansions.  The River gives you a new place to start. The Abbot brings gardens and provides for more scoring options. 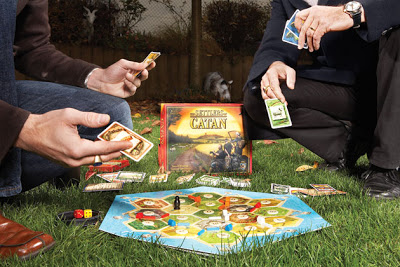 To get an idea of how influential Klaus Teuber, creator of Settlers of Catan, read the exerpt below. Its a great indication of how popular these board games are in Germany.

…In 1991, Klaus Teuber was well on his way to becoming one of the planet’s hottest board game designers. Teuber (pronounced “TOY-burr”), a dental technician living with his wife and three kids in a white row house in Rossdorf, Germany, had created a game a few years earlier called Barbarossa and the Riddlemaster, a sort of ur-Cranium in which players mold figures out of modeling clay while their opponents try to guess what the sculptures represent. The game was a hit, and in 1988 it won the Spiel des Jahres prize—German board gaming’s highest honor.

Winning some obscure German award may not sound impressive, but in the board game world the Spiel des Jahres is, in fact, a very, very big deal. Germans, it turns out, are absolutely nuts about board games. More are sold per capita in Germany than anywhere else on earth. The country’s mainstream newspapers review board games alongside movies and books, and the annual Spiel board game convention in Essen draws more than 150,000 fans from all walks of life.

Because of this enthusiasm, board game design has become high art—and big business—in Germany. Any game aficionado will tell you that the best-designed titles in the world come from this country. In fact, the phrase German-style game is now shorthand for a breed of tight, well-designed games that resemble Monopoly the way a Porsche 911 resembles a Chevy Cobalt.

But back in 1991, despite having designed a series of successful German-style titles, Teuber still thought of making board games as a hobby, albeit a lucrative one. “With all the games, we would sell 300,000 the first year and then next to nothing the next,” he says. So Teuber stuck with his day job selling dental bridges and implants, struggling to keep afloat the 60-person business he had inherited from his father. At night he would retreat to his basement workshop and play.

One day Teuber began tinkering with a new theme for a game: an uncharted island. In his original vision, players would slowly discover the island by flipping over tiles, then establish colonies using the indigenous natural resources. The game incorporated elements of other ideas Teuber was working on, but for some reason this one seemed special. “I felt like I was discovering something rather than inventing it,” Teuber says.

Every once in a while, he would bring the new game upstairs to test it out on his family. They would play along, but Teuber could tell that the game wasn’t working. Sometimes, in the middle of a match, he would notice his youngest son, Benny, reading a comic under the table. Other times his wife would suddenly remember a load of laundry that needed immediate attention. After each of these sessions, Teuber would haul the game back downstairs for further refinement. He repeated this process over the course of four years.

Eventually, Teuber whittled his invention down to a standard pair of dice, a handful of colored wooden houses that represented settlements and cities, stacks of cards that stood for resources (brick, wool, wheat, and others), and 19 hexagonal cardboard tiles that were arranged on a table to form the island. He had hit on something with this combination—the enthusiasm on family game night was palpable. During nearly every session, he, his wife, and their children would find themselves in heated competition. The game was done, Teuber decided. He called it Die Siedler von Catan, German for “The Settlers of Catan….”

Find out what happens next at WIRED Magaizine’s webs site.

Dont Forget. If you want European board games in Portland visit us at Off The Charts Games!

At Off The Charts Games we are proud to announce we have the most anticipated game of the year. A game that allows you to enter the world of Middle Earth.

The game is Fantasy Flight’s The Lord of the Rings: The Card Game. It is a cooperative card game that puts 1-2 players (or up to four with two Core Sets!) in control of the most powerful characters and artifacts of Middle-earth. The Core Set includes 226 cards that can be used to assemble a wide variety of decks right out of the box. Included are three perilous quests that, along with countless combinations of settings and enemies, offer near-limitless replay-ability. 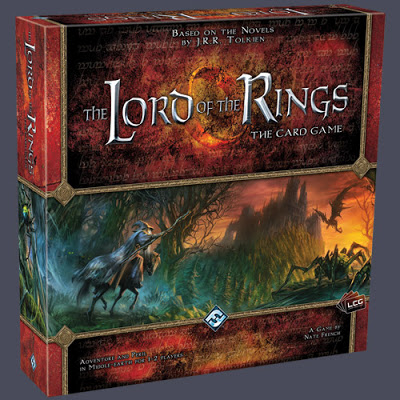 You can see a sample playing guide at the video below.

Be the first to own this game at Off The Charts Games located at 30 NW 2nd Street, Gresham, OR 97030 in Downtown Gresham. Stay tuned for more information regarding our store and the latest news about board games and especially European board games. 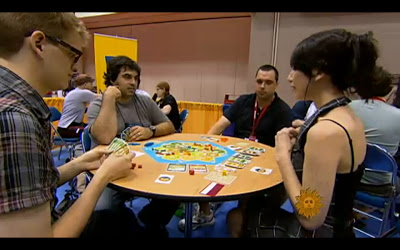 In the embedded video below Mo Rocca visits Gen-Con, the Mecca of board games, to play contemporary board games that are anything but boring.