Ooh, some really nice game expansions came in with this week’s shipment.


This expansion adds 13 new Kingdom cards, coin tokens that you can save to spend later, and cards you can get more out of by paying extra for them – 150 new cards in total to add to your Dominion game play.

New from Fantasy Flight is Elder Sign: Unseen Forces.  This is the first expansion to Elder Sign,  the cooperative game set in H.P. Lovecraft’s world of horror.

Powerful new Ancient Ones have awoken, bringing with them dangerous monsters and terrifying new mysteries.


In these dark times, the investigators seek new allies, spells, items, & blessings from mysterious powers. Two custom dice along with new Ancient Ones, investigators, monsters, and adventures await you in this expansion.

Also in is Pandemic: On The Brink an expansion to Z-Man Games’ newest edition of the cooperative board game, Pandemic. In Pandemic  players are members of an international disease control team, working together to research
cures and prevent additional outbreaks.

In this expansion there are 7 new roles, 8 new special events, and these 3 challenges:
1. Virulent Strain Challenge: makes one disease become particularly deadly in unpredictable ways.

2.  Mutation Challenge: adds a fifth (purple) disease that behaves differently than the original four.
3. Bio-Terrorist Challenge: one player plays against the others.

In this expansion there are 68 cards total, including four new ones created just for Holiday Surprise. Additionally, there are 2 new Christmas Munchkin dice and a special holiday Munchkin Kill-O-Meter to track your combat. 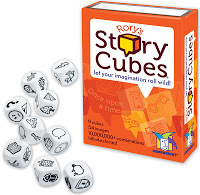