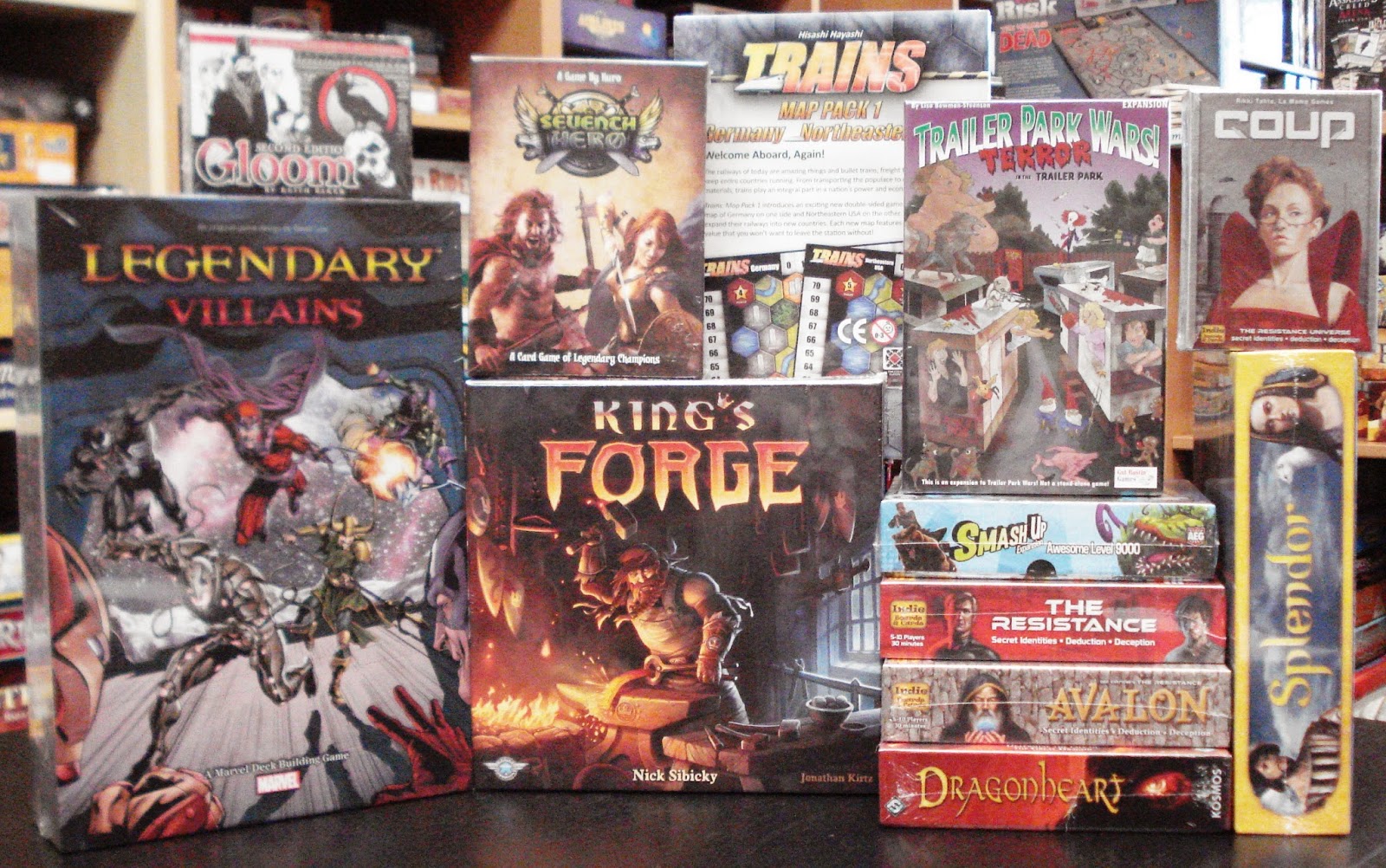 Come in and see this week’s game arrivals.

Here’s a look at some of the games hitting the shelves:

Just released from Clever Mojo through Game Salute is King’s Forge, a crafty game where  dice are the raw materials from which players will forge increasingly more amazing items to win the king’s favor.
In King’s Forge, players are peasant craftsmen and craftswomen hoping to advance their careers and win a place at court and the title of King’s Forge.   A variety of dice represent both the currency and the raw materials (metal, wood, gems, and magic) used to craft items from the King’s list. In the Gather phase, your dice are used to purchase more dice and dice roll-modifiers. Unused dice are then rolled in the Crafting phase in an attempt to meet the requirements to construct the items on the King’s list. An early lead is not a sure path to victory and other players will out-maneuver and out-build you whenever possible. Careful dice management, advance planning, fierce competition, and nail-biting luck are what it takes to win the game.

The Prophecy warns of the return of Maedoc the Corruptor, and of his dark hand stretching once more upon the land.  It also speaks of 7 heroes, bound by destiny to defeat him.

In Seventh Hero, players recruit wandering heroes but must remain vigilant against some of Maedoc’s minions who pose as heroes in order to find and eliminate the true seven. The game consists of cards representing one of 7 different heroes. Each hero has a special ability that can be used once.  Players begin with 2 different heroes placed face up in front of them forming their starting hero group and a hand of 5 cards.  During the game, players will send cards around the table, face down. Players take turns choosing whether to recruit the wandering hero or to pass.  One must be careful when recruiting the wandering hero.  If it matches one you already have then you must discard the matching pair. The player who collects 6 of the 7 heroes immediately wins the game, otherwise the player with the most heroes when the deck runs out of cards wins.

We proudly
serve Gresham and the greater Portland and Vancouver
area.