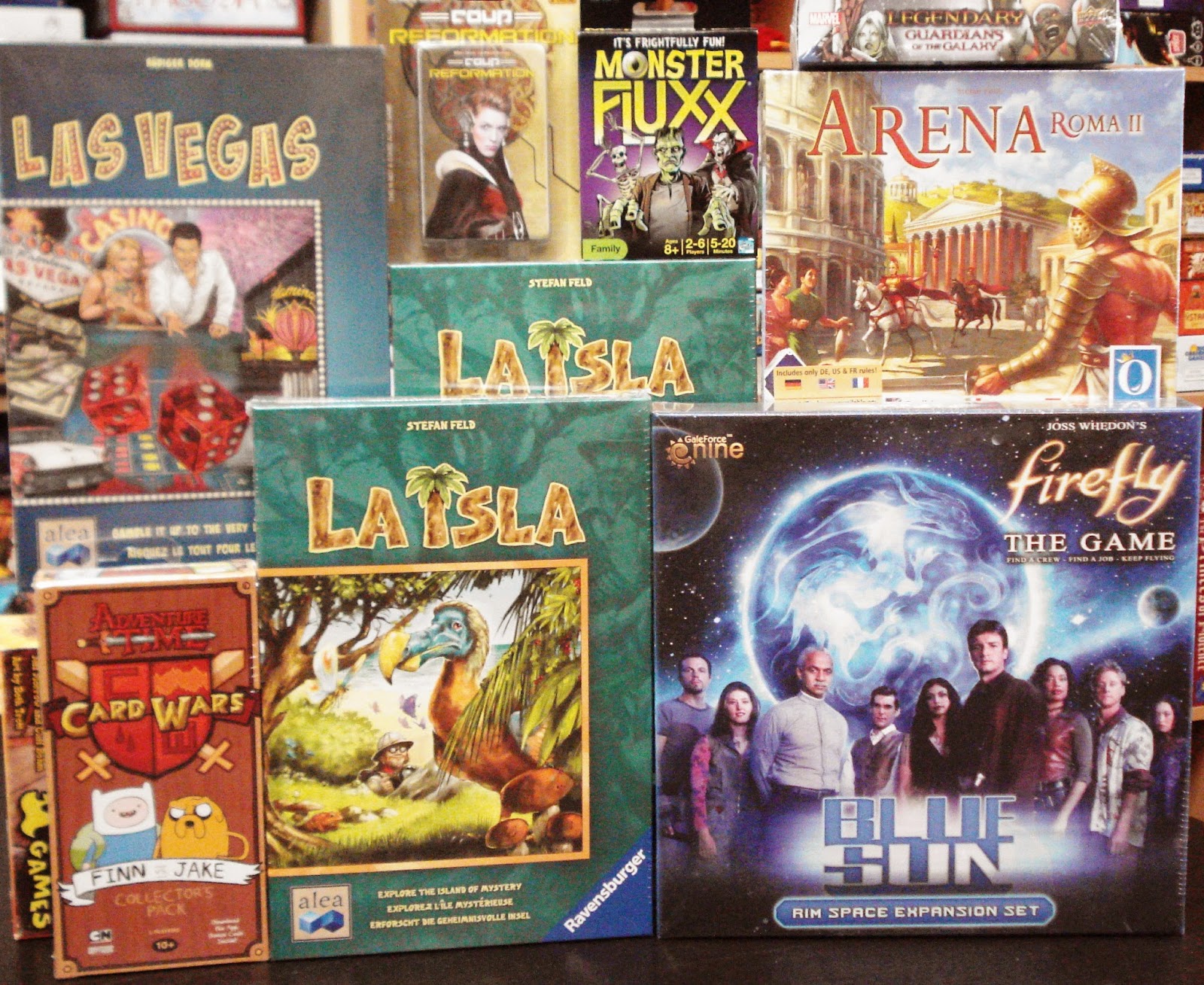 Come
in and see what games are now in stock.

Following is a preview of the games and game expansions that came in this week:

Originally scheduled for a January 2015 release, La Isa arrived ahead of schedule.  This is the latest game from designer Stefan Feld (Bora Bora, Castles of Burgundy, Burges, Rialto, Amerigo and more).

In La Isa you have a team of 5 explorers that you will send to the tropical island of La Isla searching and collecting creatures considered extinct ages ago. You will play cards to perform special functions, receive key resources, and to score victory points for the creatures you have collected.

The game board is made up of various shaped tiles placed randomly around a 10-sided central tile. There are 45 animal tokens consisting of 5 different types. Only 35 of the animal tokens will be in play in a given game. Each player will have a team of 6 figurine explorers one of which will be a scoring marker.

Welcome aboard again!  AEG has released Trains: Rising Sun, a follow up to the original game Trains. While Trains Rising Sun is a stand-alone game it can also be combined with the original Trains for even greater combinations and game play.

Like the original Trains, Trains: Rising Sun is a deck-building games where you are building the strongest system of rails. Your cards not only allow you to buy other cards to tune your deck, but they will also allow you to build train stations and rail lines along the game board. The goal of the game is to have the most powerful railway network. You accomplish this by collecting Victory Points from cards, railways, and stations.

Just in time for Halloween is Monster Fluxx from Looney Labs.

This is a simple card game where everyone begins by drawing a card and then playing one card from their hand.  Seems simple enough.  But that’s just where the fun begins.  Monster Fluxx features monster themed cards that change the basic rules and object of the game creating ghoulish chaos.
~ ~~ ~ ~~ ~ ~~ ~

In our children’s game section these Ravenburger games arrived: 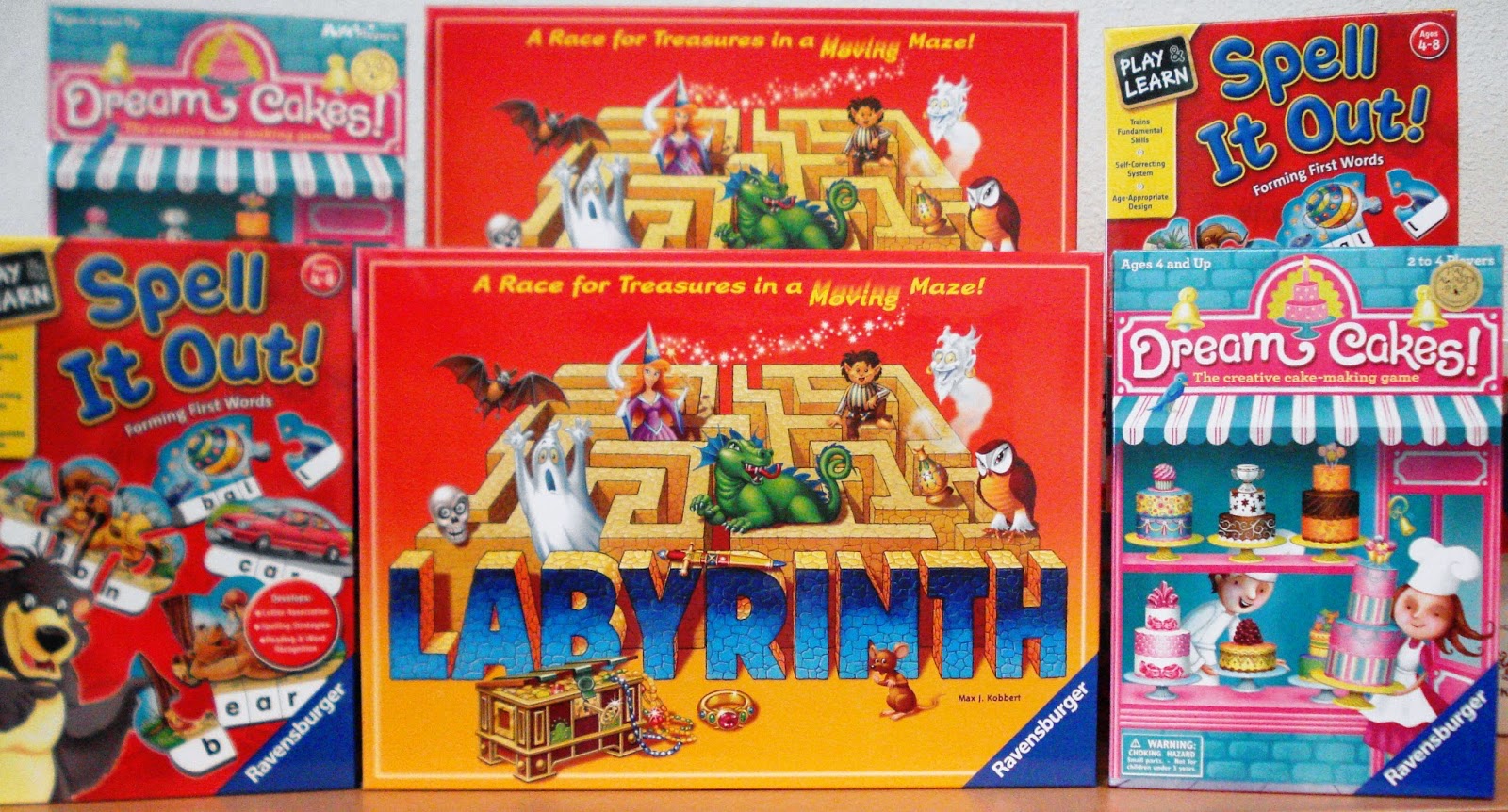 We
proudly serve Gresham and the greater Portland and Vancouver