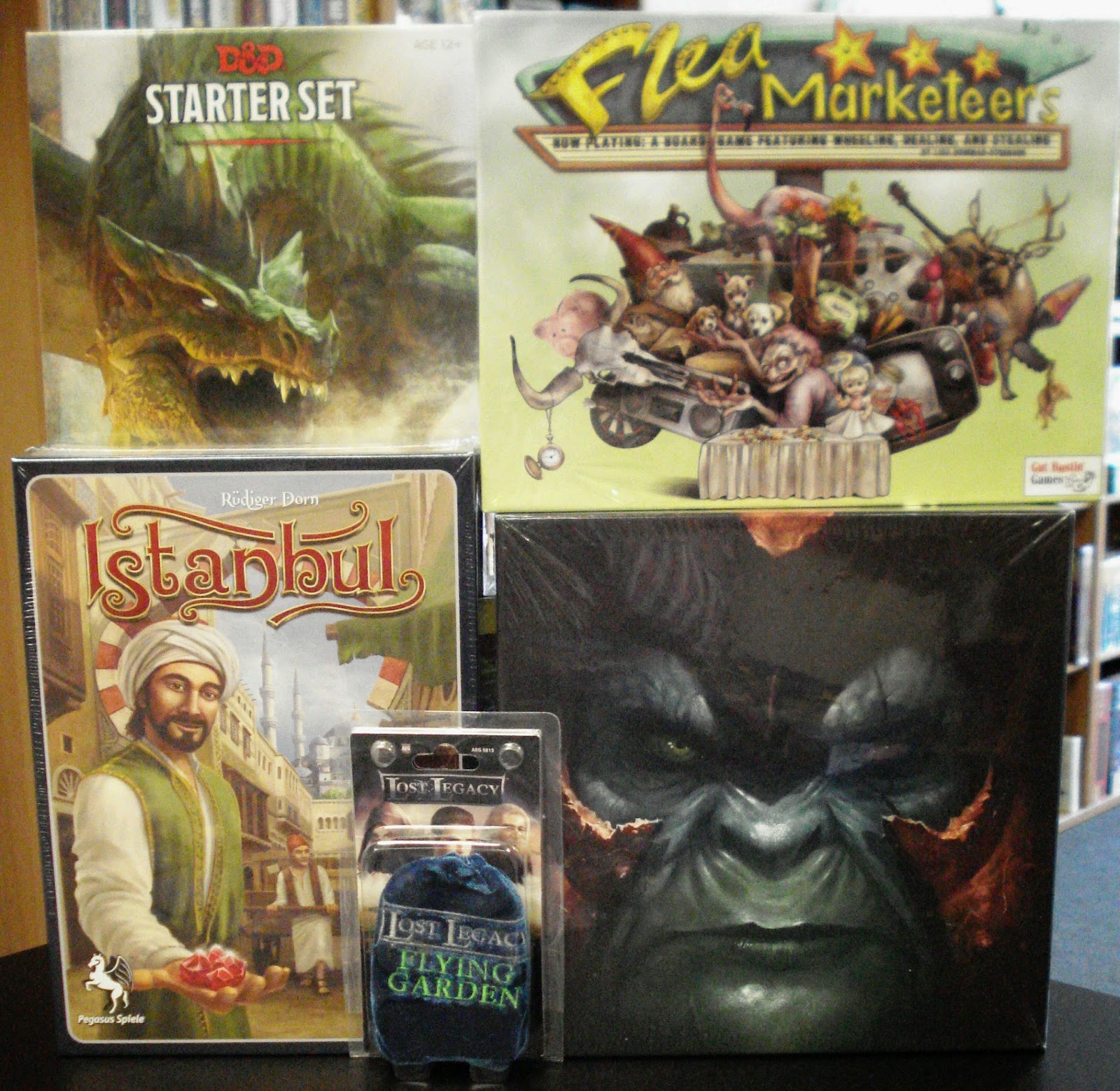 Newly released from Asmodee is Abyss, a development game of combination-building and set collection that takes place deep down in the lower depths of the ocean and co-designed by notable game creators Bruno Cathala (Five Tribes, Mr. Jack) and Charles Chevallier (Continental Express, Sultaniya).
For centuries, creatures without peer have ruled
the depths of the oceans.  Their kingdom, Abyss, is respected by all their
allied nations, who are happy to receive protection from the fearsome monsters
of the deep.  But soon the throne of Abyss will be vacant… Why not claim
it for yourself?
In Abyss players must battle monsters, recruit
allies, and sway the great lords of the deep. The right hand of ally cards will
let you control the lords who will help you seize the kingdoms of the Abyss. Be
careful of your foes, though, because treachery abounds in the lands under the
sea.
~ ~~ ~ ~~ ~ ~~ ~

Also newly released is Flea Marketeers from Gut Bustin’ Games, a board game of wheeling, dealing, and stealing.  This is the perfect addition to local game creator Lisa Bowman-Steenson’s other games: Redneck Life, Trailer Park Wars, and Cheap Shot.

In Flea Marketeers players compete to build up their own flea market area.  They will deal in Americana Treasure and resort to swindling the other Marketeers in the process.

Each player will have a price chart to use when buying and selling treasured items. Be mindful of the fact that an item of little value to you may be of great value to your opponent and vise versa. Additionally, Marketeer cards are played during the course of the game and can be beneficial or disrupt your opponent’s plans. 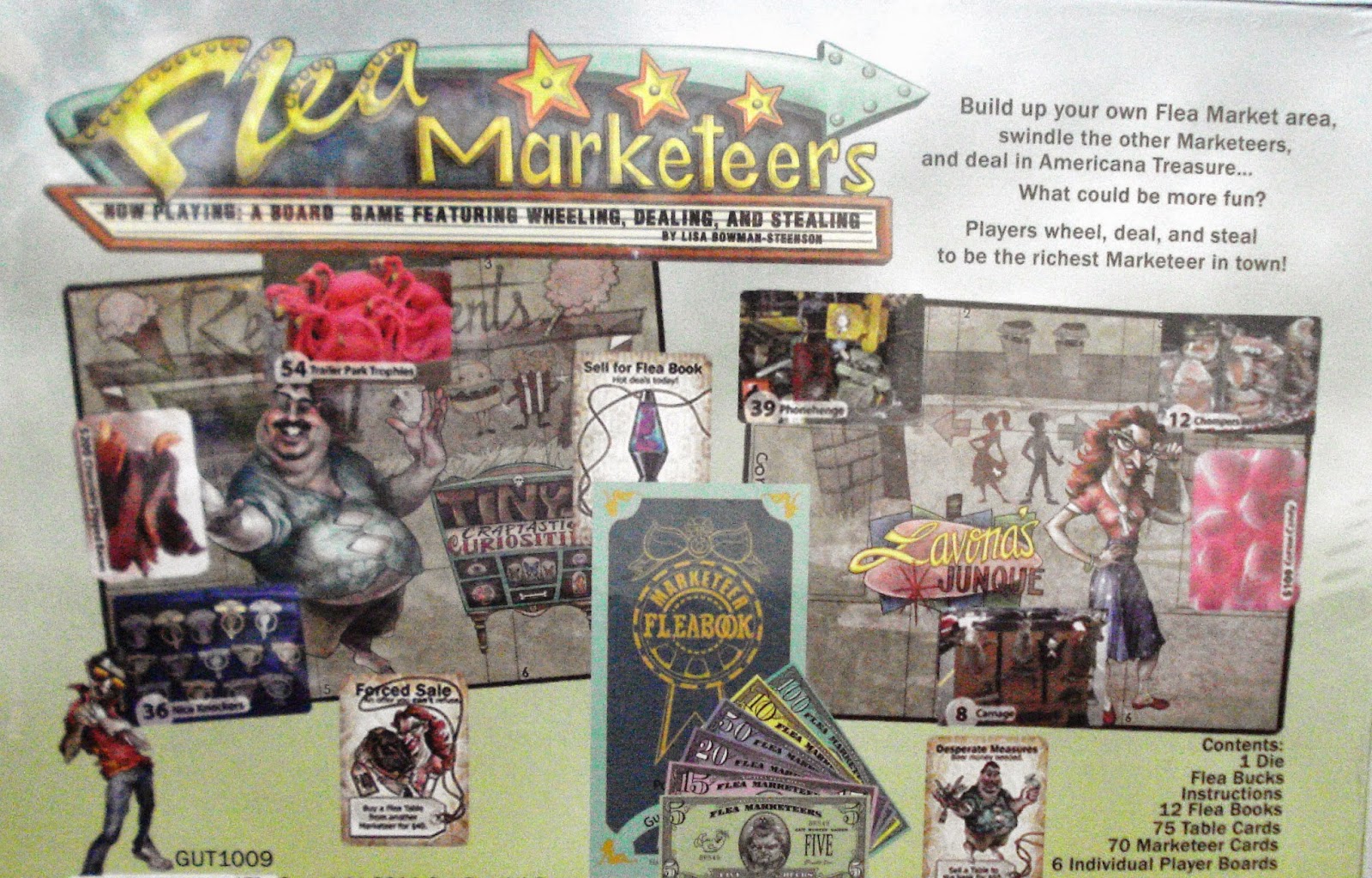 Lost Legacy: Flying Garden is the 2nd in the Lost Legacy series – a card game of risk deduction, and luck stowed in a blue and silver velour pouch.

Both Lost Legacy:Starship and Lost Legacy: Flying Garden game can be played as a stand-alone or can be combined but using only one Lost Legacy card to create an even more interesting game and allowing up to 6 players.