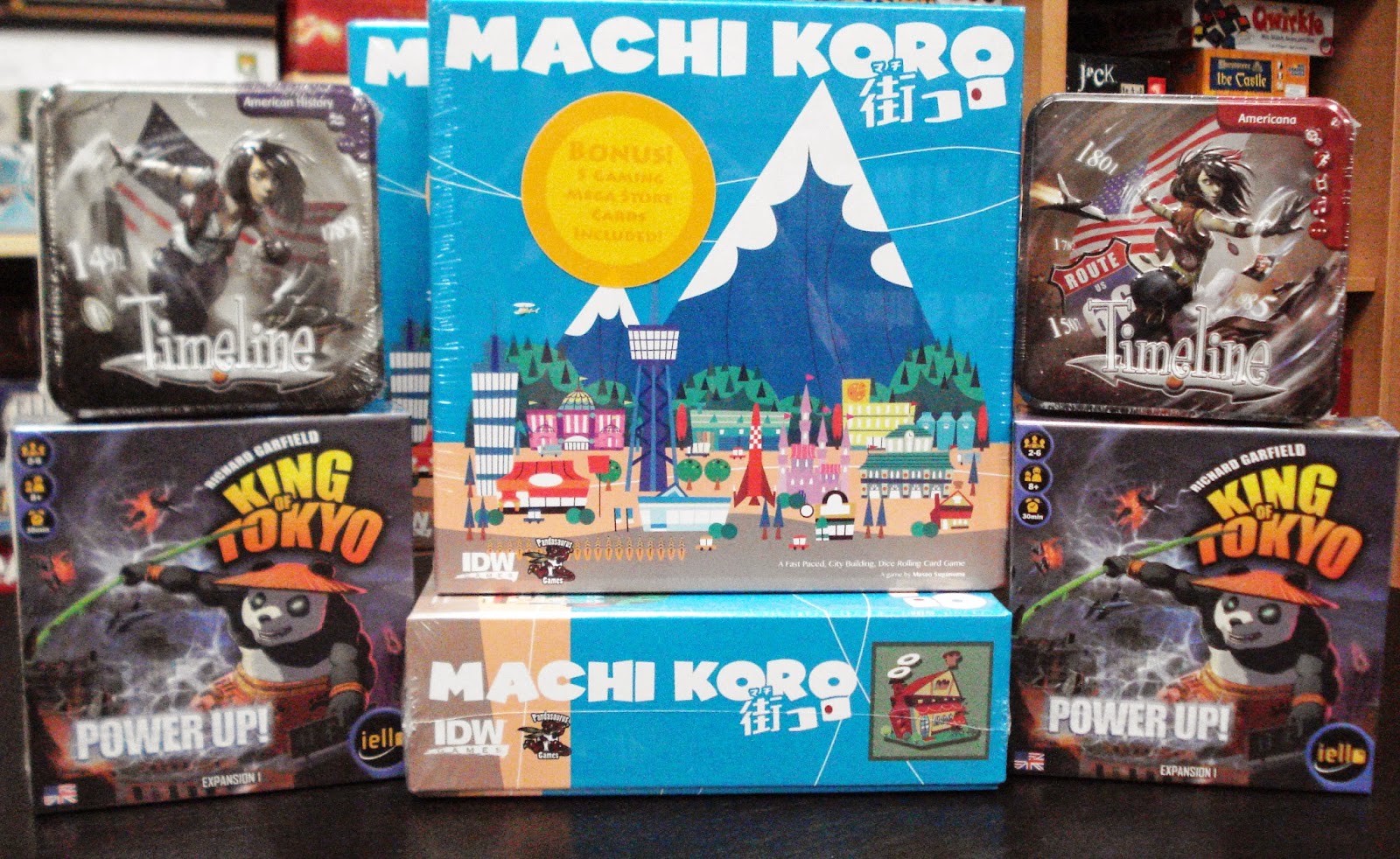 Come
in and see all the cool games and expansions that are hitting the shelves.

Following is a preview of the games and game
expansions that came in this week:

It’s here! Machi Koro has arrived and is in stock.

Welcome to the city of Machi Koro, the Japanese card game that is sweeping the world! Armed only with your trusty die and a dream, you must grow the sleepy town…..

Machi Koro is a fast-paced and light-hearted die-rolling, engine-building game…

They say you can’t build Rome in a day, but Machi Koro will be built in under 30 minutes!

Be ready and power up!  Back in stock is King of Tokyo Power Up the expansion to the base game King of Tokyo. This game expansion adds a Pandakai (giant panda) monster board, 56 evolution cards and some game variants.

King
of Tokyo is
a crazy game for 2-6 players.  Players embody mutant monsters, giant robots and
other monstrous creatures that will fight in a joyful atmosphere for the sole
purpose of becoming the one and only king of Tokyo. Players take turns
rolling
a set of six dice, choosing to keep or reroll some of those dice up to three
times.  You are trying to make the best possible combinations: victory points,
gain energy, attack monsters, or heal your monster.

With the Power Up expansion Pandakai is on his way, and ready for victory… React! Your monster are mutating and evolving to surprise their opponents, and fighting will never be the same.

We
proudly serve Gresham and the greater Portland and
Vancouver