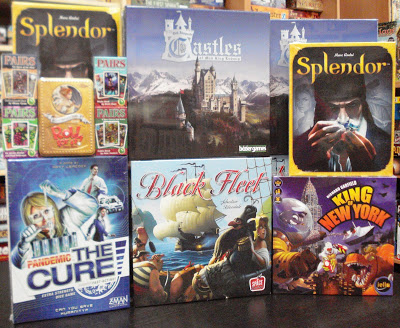 More new games have arrived.  Come in and see all the exciting new games that we have in stock!

Following is a
preview of the board games that came in this week: 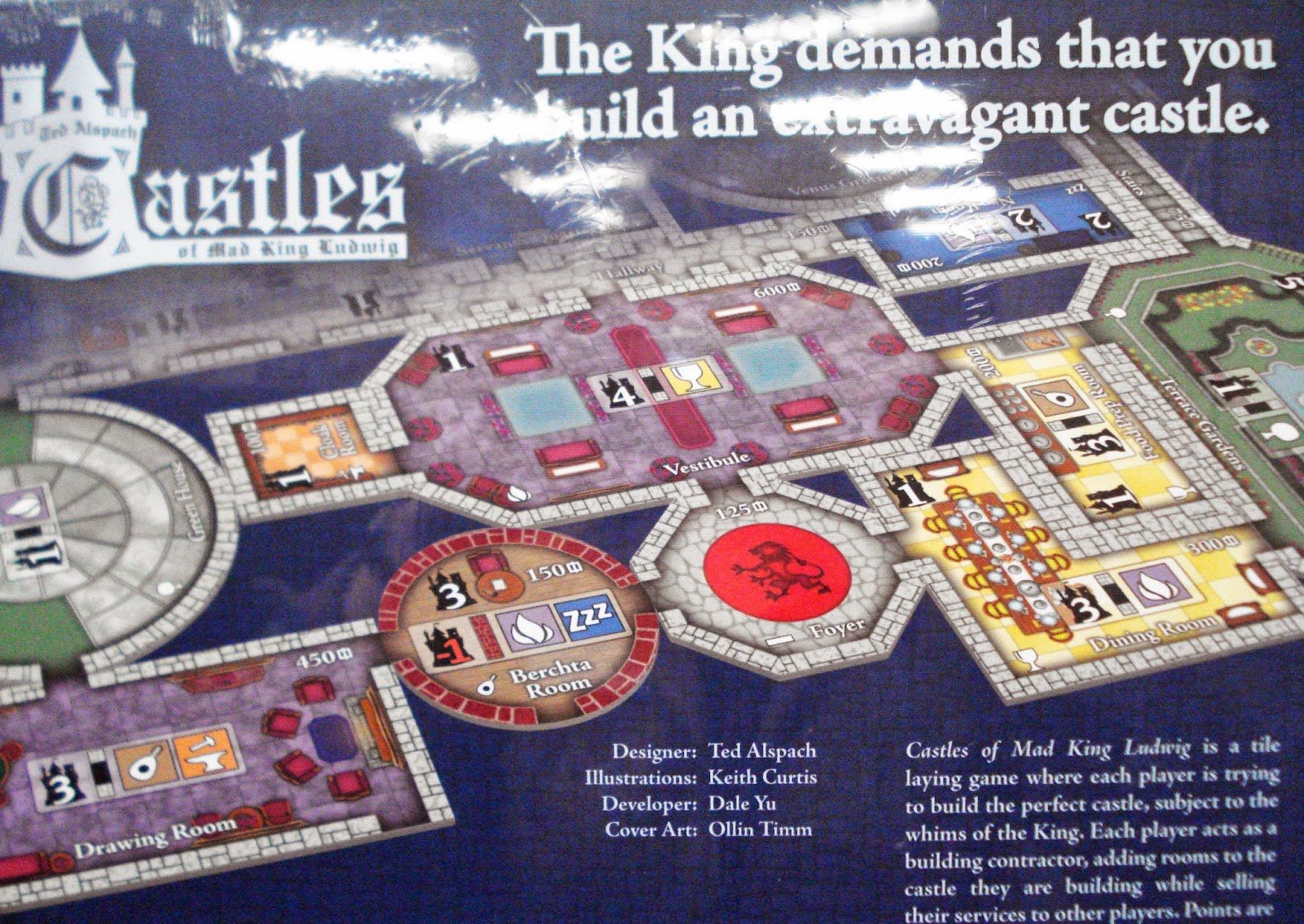 Each player acts as a building contractor, adding rooms to the castle they are building while selling their services to other players. Points are earned based on how well the castle adheres to the ever-changing demands of the King.
~ ~~ ~ ~~ ~ ~~ ~

Richard Garfield and Iello have released a follow up game to the popular King of Tokyo with King of New York.

King of New York introduces lots of new ways to play, while still keeping the core ideas of King of Tokyo.  There are Buildings to Stomp! Vengeful Military Units to Destroy! Six brand new Monsters! Every roll of the dice might mean that your monster feels the OUCH, as military units open fire. 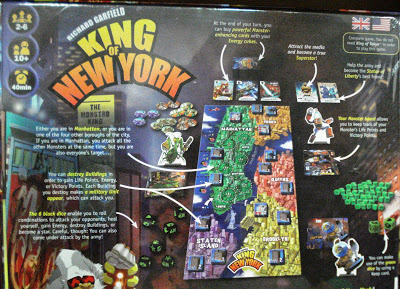 From the makers of the popular co-operative board game Pandemic comes Pandemic: The Cure, an extra strength fast-acting dice game.  This dice-based version is also co-operative.
Description from Z-Man Games:
Pandemic: The Cure, sets up in less than a minute and plays in 30 minutes. As in the board game, 4 diseases threaten the world and it’s up to your team to save humanity.
Each player takes on a different role that has its own unique set of dice and abilities — and players must take advantage of their specializations if they are to have any hope of winning the game. Players can roll their dice as often as they like, but the more times they re-roll for the perfect turn, the more likely the next epidemic will occur.If, at any time, any region is infected with more than three dice of a given color, an outbreak occurs, spreading disease into an adjacent region. If too many outbreaks take place, or the rate of infection gets too high, all the players lose. If, however, the players can discover the cures to the four diseases, they all win and humanity is saved!

In from Calliope Games is a deluxe version of Roll For It!, a fast family-friendly dice game  This deluxe version now provides for up to 8 players. Not only does it come in an embossed tin, there are decorative dice and beautifully detailed cards depicting the Calliope characters.
The object in Roll For It is to be the first to score 40 points.  You do this by competing for the point-value cards that are face-up in the center of the table.  Each player will have a set of 6 dice of one color.  On their turn players will roll their available dice and match their dice results to the dice images shown on the cards. A card is claimed when a player has met all of the dice images. A new card is then flipped over from the draw pile.

Deciding when and how to spread your dice is key to claiming cards as your opponents will be going for these same cards too.
For those who like a story behind a game:

Long Ago,
before Ares betrayed Calliope and imprisoned her, the Pegasus—strong and witty but full of love and devotion—had narrowly avoided being enslaved by the war god himself, to be used as a flying warhorse in battle. When the Pegasus learned of Calliope’s capture, he knew that he could never let someone so important sit for all eternity in a cage. Realizing his superior strength, but looking to avoid violence, he cleverly concocted a game of dice and cards that balanced wits and luck. He confronted the muse’s guards and challenged them to Roll For It! The prize at stake? The magical key that would open Calliope’s cell. Using all of his strategy, skill, and just a bit of luck, the Pegasus completed the 15-pointer he needed to win the key—and with it, Calliope’s freedom as well!

In from Cheapass Games is Pairs, a simple press-your-luck card game with an unusual deck. Pairs comes in 11 different themes all with the same basic play.

The cards are numbered from 1 to 10 in a triangular distribution (1×1, 2×2, 3×3, and so on up to 10×10). .  Players take turns drawing cards, trying not to get a pair.  Your odds will depend on what cards you hold, and which cards you have seen. Scoring pairs earns you points, and the first player to reach a target score is the loser.

We proudly serve Gresham and the greater Portland and Vancouver