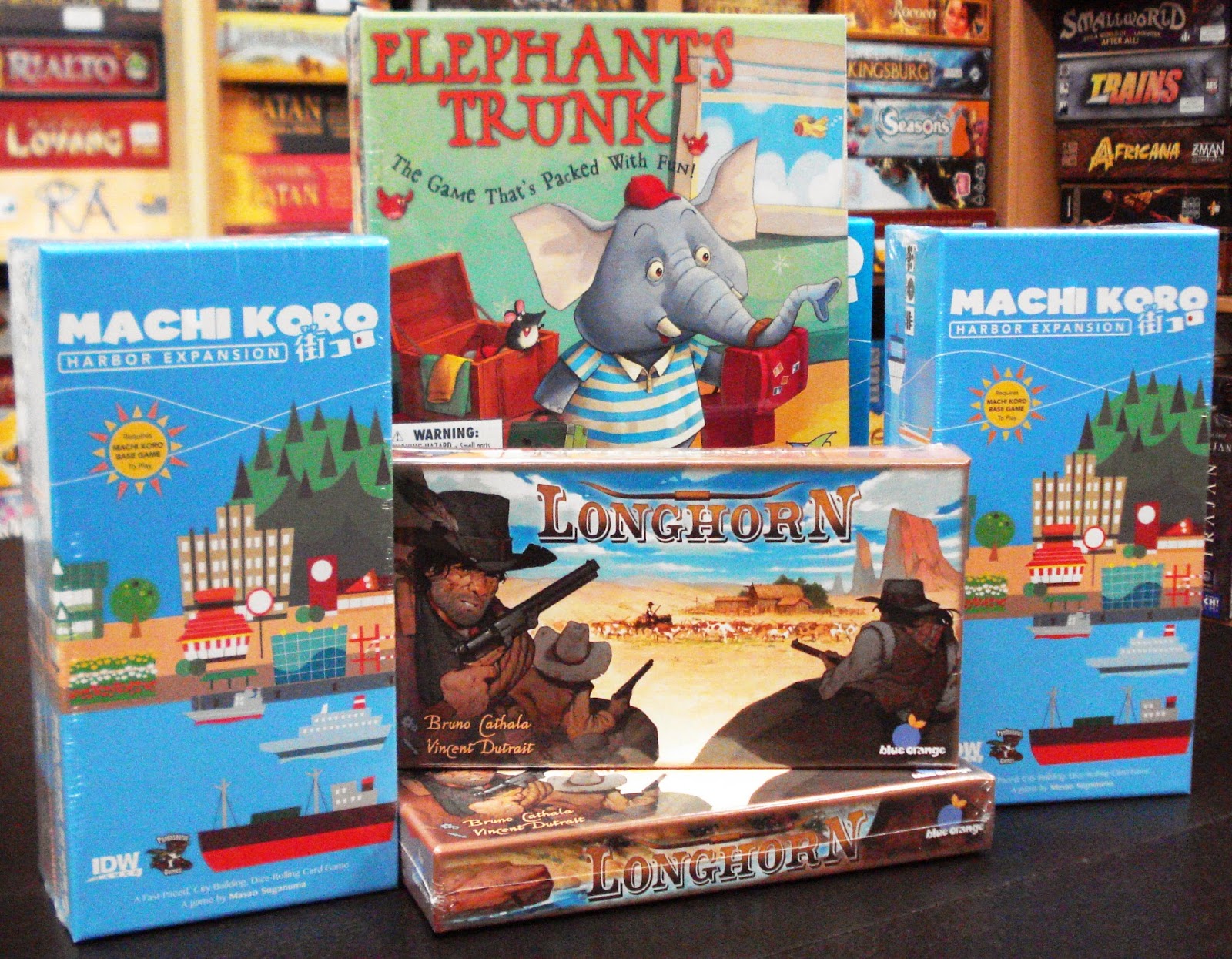 This expansion brings more complexity and variability to the game.  Included are seaports and airports that can be upgraded with additional boats (in the case of seaports) or facilities.  Additionally, players will now need to complete 6 landmarks instead of 4.  And, with more establishments in the game, players will choose only 10 for use in any single game, mixing up what’s available each time the game is played.

It’s 1870 and somewhere deep in Texas the rearing of Longhorn cattle from northern Mexico is booming. It has now become a major source of income for the Texan farmers and at the same time has attracted cattle thieves of all kinds.

Longhorn is a 2-player game between outlaws. You will each be one of two particularly feared outlaws: Eagle Perkins or Jessie Artist Byrd.  The objective of the game is simple: to steal cattle (and a few gold nuggets if possible) to see who can amass the most money by the end of the game… or to get your opponent arrested by the sheriff !

Adding to our children’s game section is Elephant’s Trunk from Gamewright.  This is award winning game is packed with fun for 2 to 4 players ages 4+.  Emmet the elephant is late for a trip and needs your help packing.

In a game of Elephant’s Trunk players will
take turns rolling the die and placing a piece of clothing into the matching
colored trunk.  But watch out for the
sneaky mouse who will try to dump out everything you just packed.  The player who is first to pack up all of
Emmet’s clothes and he might just take you with him on vacation.