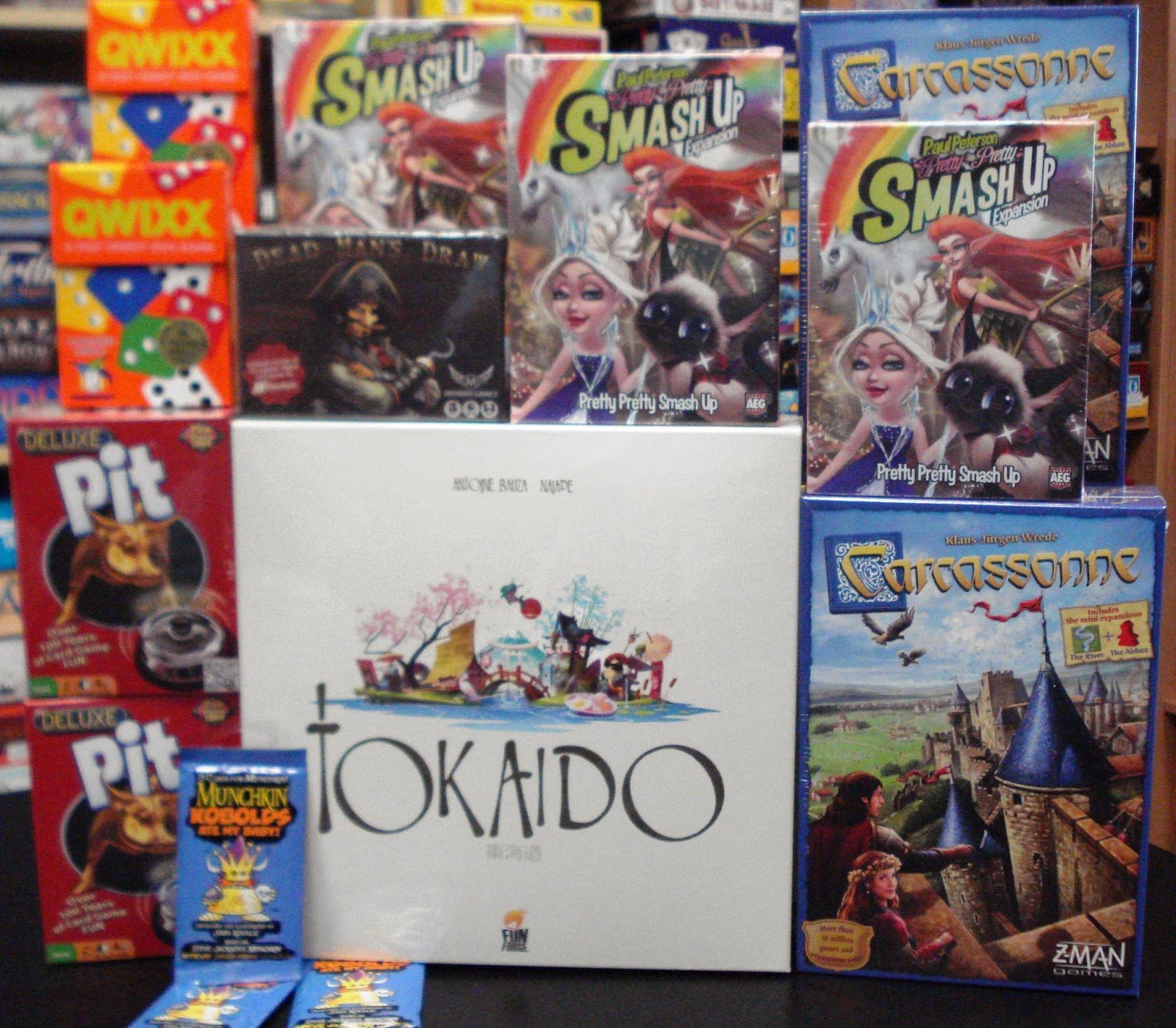 Come in and check out this week’s game arrivals. 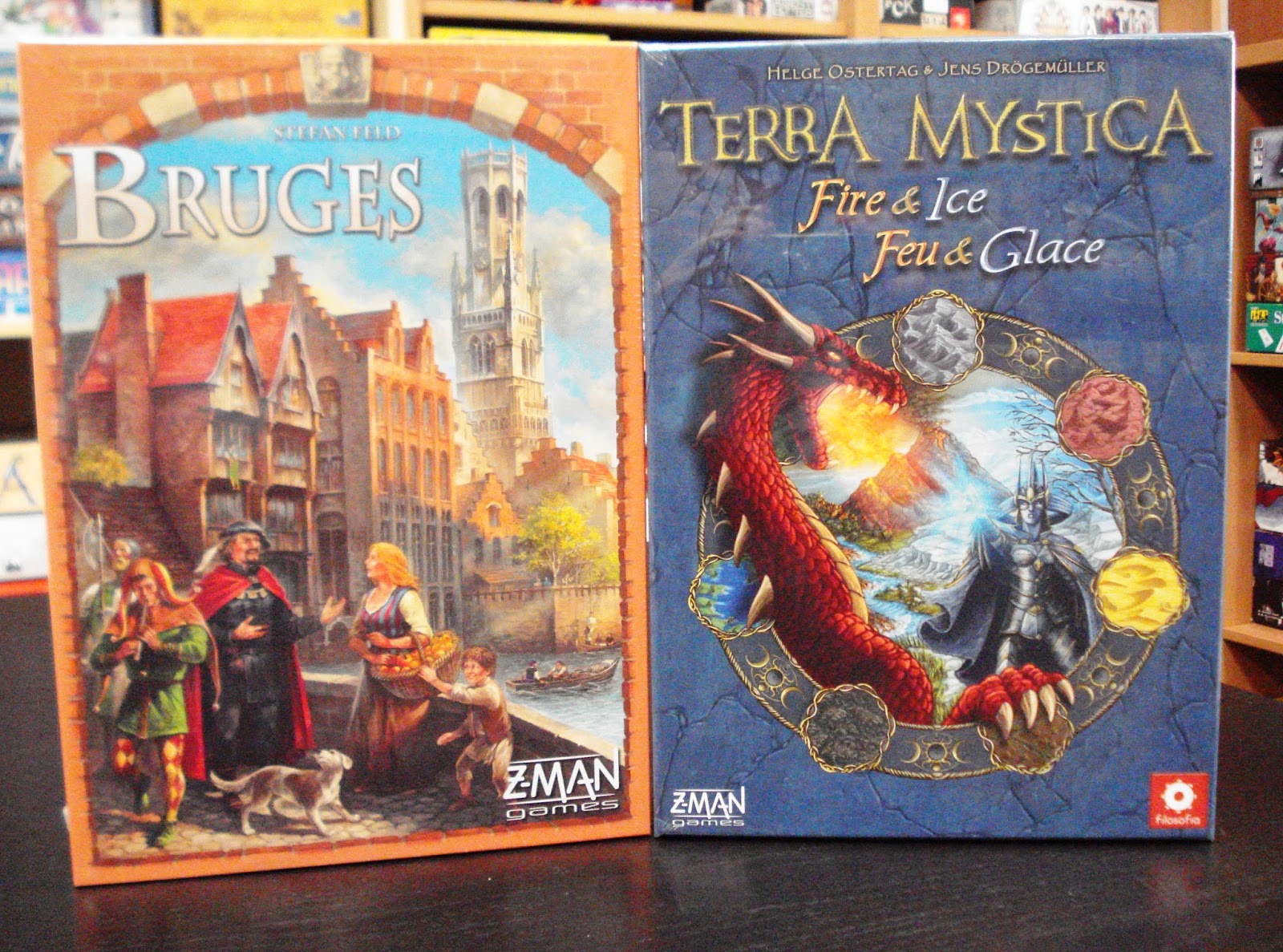 Here’s a look at what came in:

How cute is Pretty Pretty Smash Up, the latest expansion to the base game Smash Up?
Think only pirates, time travelers, vampires, and bears can smash bases? Well get ready to be taught a lesson… in the nicest way possible!

Pretty Pretty Smash Up brings the sweetest factions ever to the vicious fight for victory! Kitty Cats use their incredible cuteness to take control of enemy minions. Princesses ply their royalty, beauty and even their love to get their way. Fairies’ fickle tricks give you options like never before, while the herds of Mythic Horses work together for dominance. Get ready: your opponents will never know what hit them!
~ ~~ ~ ~~ ~ ~~ ~

New in from Mayday Games is this simple and addicting card game, Dead Man’s Draw.

In a game of Dead Man’s Draw, players will press their luck as pirates trying to amass the most booty.  There’s a catch, if you get too greedy you could lose it all.  Players draw cards one at a time trying to collect the most loot, comprised of 10 suits with 6 cards each.  Draw different suits and your treasure grows, but get 2 of the same suit and you’ll Bust and your turn ends.

What’ll it be, Matey? Draw if you dare!

New order will reign over the lands of Terra Mystica!

Fire and ice descend upon Terra Mystica. The traditional factions must brace themselves for their new competitors: Yetis – the masters of power, Ice Maidens – who adore their Temples, Acolytes – whose entire life is focused on the cults, and Dragonlords – whose use their power to create volcanoes. And as if this wasn’t enough, there are two more factions, namely Shapeshifters and Riverwalkers, who ignore the most basic of rules: one faction – one terrain type.  (Inconceivable to the Halflings!)


Carcassonne is back in stock and with a new look.

This is basically the same tile-laying game as before but with new artwork and the inclusion of Abbot meeples. The River mini expansion is still included as well the addition now of the Abbot mini expansion.

The Abbot mini expansion introduces gardens and Abbot meeples.  When placing a tile with a monastery or a garden, you may place either a meeple or your abbot.
The meeple is placed as usual whereas the abbot must be placed on the monastery or garden you have just placed. If the monastery or garden occupied by your abbot is
surrounded by eight tiles, you score 9 points just like
during a regular monastery scoring.  The abbot also has another special ability:  if you decide not to
place a meeple, you are allowed to take back your abbot.
If you do so, you score as many points as the abbot is
worth at that time, exactly like an end game monastery final scoring.

Belgium,
15th Century.  The first stock market opens its doors.  All of Europe has set
its eyes on the wealthy and influential city of Bruges.

In
Bruges, players strive to gain
influence with the merchants, bureaucrats, nobles, and the many others that rule
the city.  With their help, players hope to gain prestige, reputation, and
power.  One must be careful as disasters lurk nearby.  Use a little luck, some
tactical thinking, and maybe some shady maneuvers on your way to
victory.

In from Steve Jackson Games is Munchkin Kobolds Ate My Baby!, the latest 15-card booster pack for Munchkin.

A kobold has a harsh life. But at least there are babies to eat … until King Torg (All Hail King Torg!) swipes the plumpest and juiciest for his table.  Good thing the humans keep making more of them….