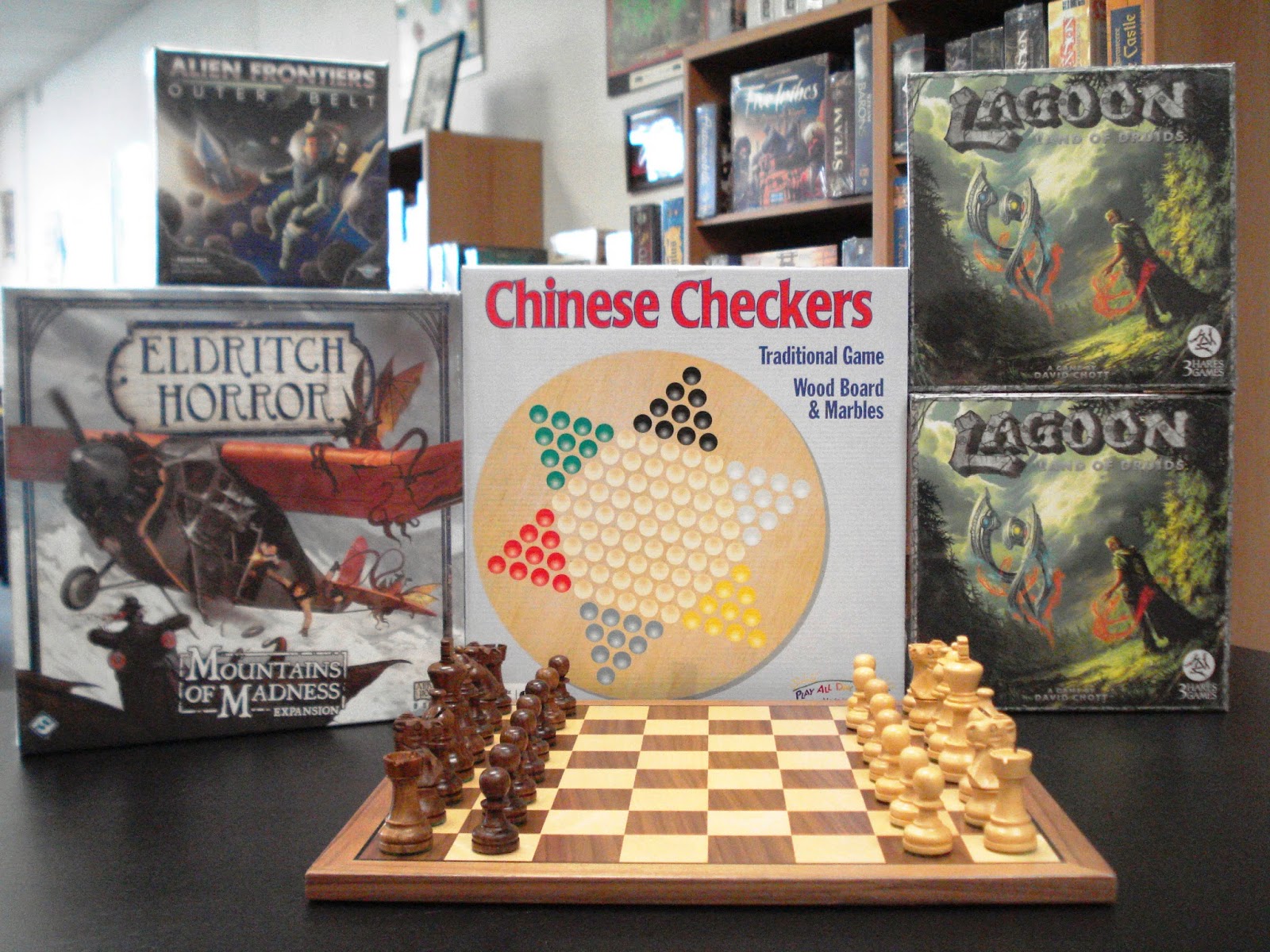 Here is a peek at the games that hit our shelves this week:

Recently we caught up with local game designer David Chott of 3 Hares Games and spoke to him about his creation, Lagoon: Land of Druids, a strategy game for 1 to 4 players.

Lagoon: Land of Druids is made up of double-sided modular hexagonal tiles that are used to create the fantasy world of Lagoon.  Each side of a tile features a unique magical site with a specific action and one of 3 types of energies.  Players will use the tiles and their supply of druids to alter the balance of power among the 3 types of energies by exploring new sites, adding tiles, unraveling sites, and removing tiles.  Every site offers a unique magic power that can be used by druid circles occupying the site.  Your druids are spiritually linked as members of the same circle, therefore they all share in that magic power no matter what site they occupy.  The objective of the game is to collect seeds and unraveled tiles to maximize your points.  At the end of the game one of the energy types will be dominant throughout the world of Lagoon and that will determine which seeds score and which unraveled tiles score.

The game components are well done with beautiful artwork and heavy tiles.  We have an open copy of Lagoon: Land of Druids available in our Demo Games Library for you to come in and try.

The Outer Belt expansion to Alien Frontiers adds ships and colony tokens for an additional player and expands the playing board. This side-board expands the moon with a new territory, and introduces the nearby Asteroid Belt. Asteroid Counters move through the belt during the game, changing their docking requirements as they change their positions. Staking a claim to an Asteroid will give you resources, a derelict ship, or new alien devices.

Outer Belt can accommodate 2 to 5 players (up to 6 players when combined with Alien Frontiers: Factions.

We have also replenished our stock of Chess sets, Backgammon, and Chinese Checkers.