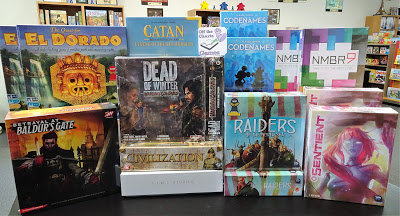 Lots of new board games and game expansions arrived this week. Here’s a peek at them:

Nominated for this year’s Kennerspield des Jahres (strategy game of the year), Raiders of the North Sea depicts the history of the middle years of the Viking reign and is thematically sound. As Viking warriors, players seek to impress the Chieftain by raiding unsuspecting settlements. Players will need to assemble a crew, collect provisions and journey north to plunder gold, iron and livestock. There is glory to be found in battle, even at the hands of the Valkyrie.

Additionally, if you own all three, play the new epic colony vs. colony variant for 4 – 11 players in which unique main objectives set two colonies against each other as they battle for territory with a new fighting system that includes tactics cards, bullet tokens, and 12-sided combat dice.  New and terrible joint-colony crisis cards force cooperation and coercion every round.  Add in the odd-man-out Lone Wolf variant for chaotic balance as he/she pursues his/her own secret goals while keeping both colonies in check.

With a variable game board, players are explorers racing their way through the jungles of South America to be the first to reach El Dorado.  Players will build their expedition deck with movement cards, equipment cards such as machetes for clearing paths, paddles for crossing rivers, coins for hiring new team members, etc, and other special action cards that include the Cartographer, the Compass, the Scientist, the Travel Log, etc.

Sentientis a robot-themed tactical game for 2 to 4 players that is played over 3 rounds.

Each round, players will plug 4 new Bots into their
network, which will be scored at the end of the round. Each player has 5 dice in their network. Bots
plugged into your network will calibrate the adjacent dice up or down, and will also score based on
the adjacent dice at the end of the round (some Bots score for having the same number, or having
low numbers, or having even numbers, and so on). Players can also earn investor tokens based on
where they placed their Agents when taking cards from the factory. investor tokens score for one of
the 5 types of Bots, and will earn 1 point per Bot of that type that you collected at the end of the
game. At the end of three rounds, the player with the most points is the winner.

With every tile you place within Betrayal At Baldur’s Gate, your adventuring party works together to build the city’s catacombs and alleys.  That is, until some horrific evil turns one of you against the others!  Then it’s a race for survival as you face an onslaught of fearsome monsters from the Dungeons & Dragons® universe, like beholders and mind flayers.

~ ~~ ~ ~~ ~ ~~ ~
New Game!
First Martians: Adventures on the Red Planet is a cooperative, story-driven adventure
game for 1-4 players. In each mission, you will try to accomplish an
objective within a specified number of rounds. The integrated app will challenge you with goals
to complete and obstacles to overcome.
Publisher Description:
As you begin your adventure with the game, you can choose
either a standalone mission or a campaign.

Standalone
missions are single, unique experiences with a high amount of
replayability. Choose a mission depending on which skills you
want to focus on: exploration, research, or building. In the
box you will find three double-sided mission sheets — they
provide details about each mission.

A campaign is a chain of missions that tell a riveting story
— you will unravel it as you go along, making decisions and
completing various tasks.

~ ~~ ~ ~~ ~ ~~ ~
New Game!
Challenge your mental acuity and test your dexterity in NMBR9, a puzzling game of strategically stacking tiles for 1 to 4 players.

Players attempt to score the most points by creating their own displays of uniquely shaped number tiles. Tiles on higher levels of your stack score more points, but you must be careful how quickly you build upwards. Without a solid foundation, you’ll quickly run out of space for more valuable tiles. Each of the ten types of number tiles covers a different amount of space and no part of a tile can hang over an edge without anything below it. Properly consider all the factors and cleverly place your tiles to get to the bottom of this intriguing puzzle. 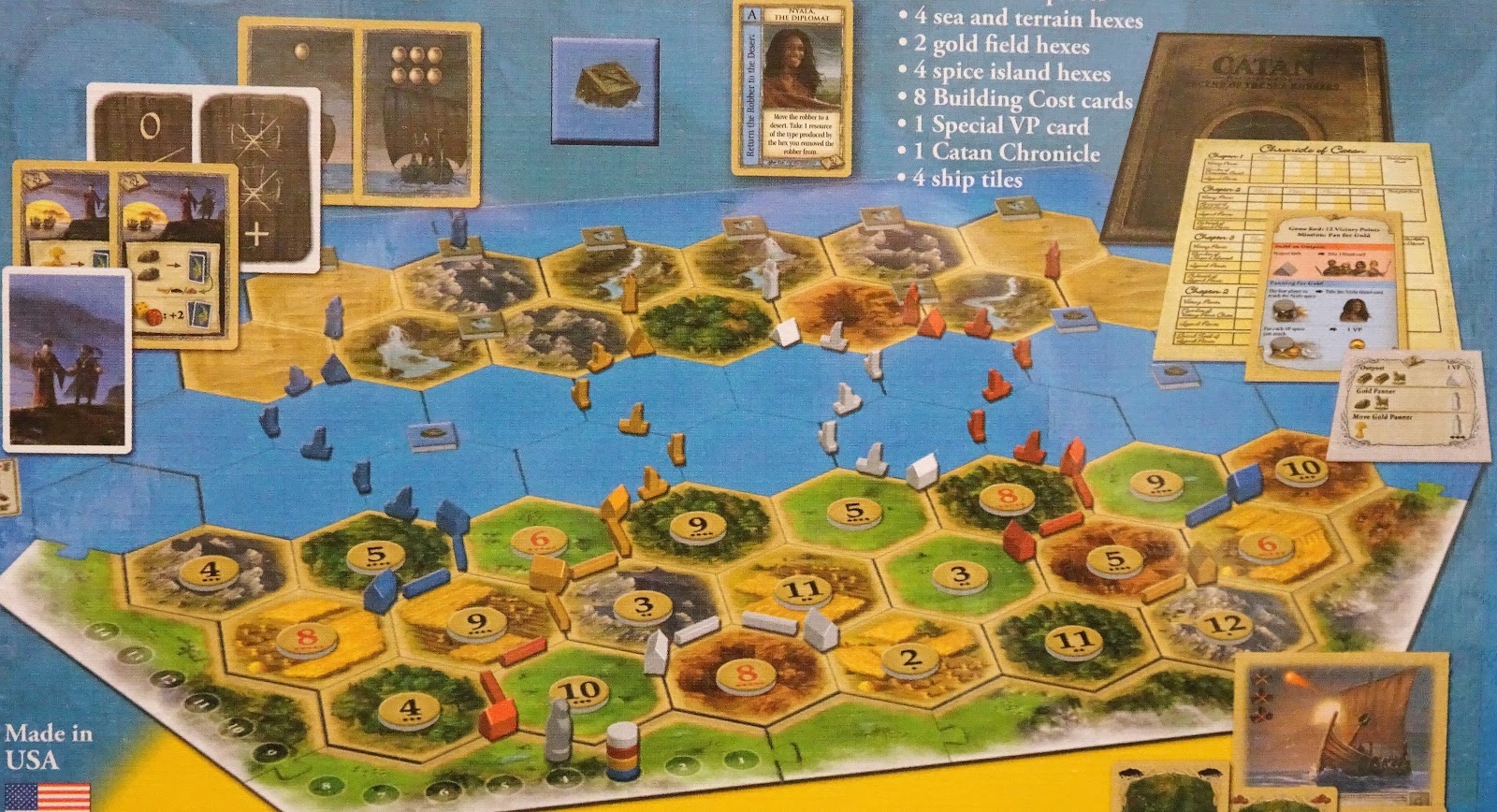