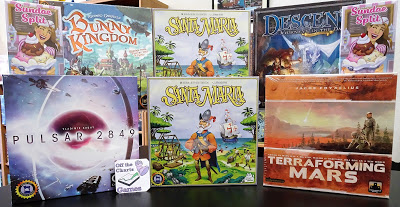 Here’s a look at the exciting games that came in this week:

New from Aporta Games and with the Dice Tower Seal of Excellence is Santa Maria, a 1 to 4 player game.

Santa Maria is a streamlined euro-game of medium complexity, featuring elements of dice drafting and strategic engine building.  The game is low on luck and has little direct player conflict.

At the dawn of the Sixteenth Century, colonists are flocking to the New World. Each player will lead a colony, producing resources needed to expand the colony, form shipping routes, send out conquistadors to acquire gold, and increase their religious power to recruit and train new monks. After 3 game rounds, each of which represents a year, the player whose colony is the happiest (whomever has scored the most happiness points) is declared the winner.

New from Czech Games Edition and also receiving the Dice Tower Seal of Excellence is Pulsar 2849.

The year is 2849 and an interstellar energy boom is about to begin.  Rival corporations have survey ships poised on the edge of a pulsar-rich star cluster, ready to exploit its riches.
You’ll expand the reach of your corporation by building enormous megastructures in space. 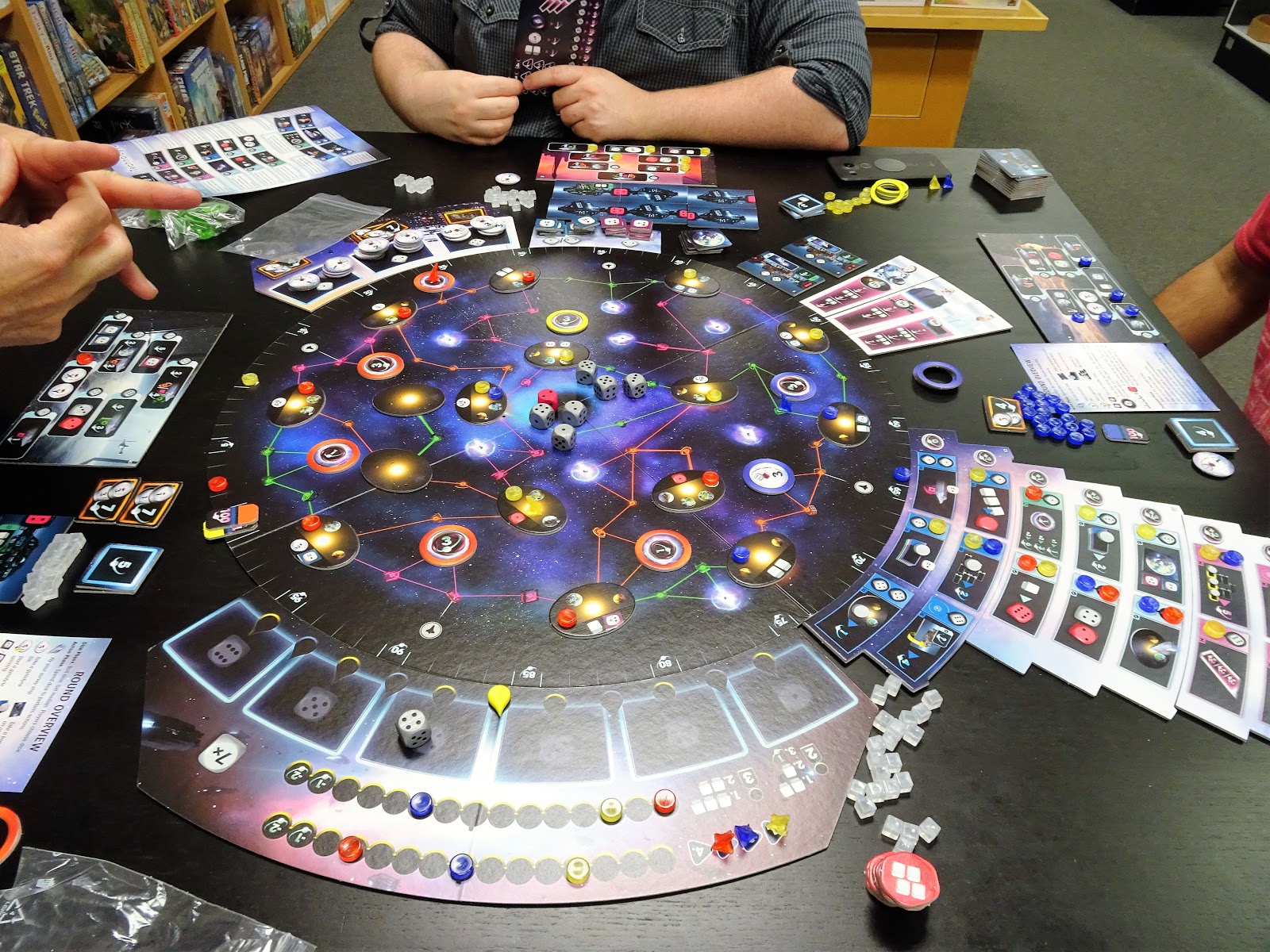 In a game of Pulsar 2849, 2 to 4 players will explore space, claim pulsars, and discover technologies that will help them build energy-distribution infrastructure on a cosmic scale.  Dice are used to purchase actions, and players choose their dice from a communal pool.  There are many paths to victory, so you can blaze your own  trail to a bright future.

Sundae Split is a set collection of split-and-choose card game for 2 to 5 players.

In Sundae Split, players try to build the best ice cream sundae from the ingredients at hand. Get just the right mix of toppings and flavors, but avoid the vegetables. At the end, each sundae will be scored and the player who made the best sundae wins the game.

One player splits ingredients into piles, and the other players take turns choosing one. As the splitter, you get the last pile. You’ll have to be clever and a little sneaky to get the ingredients you want. Collect the best mix of toppings and flavors to make the most valuable ice cream sundae and win the game.