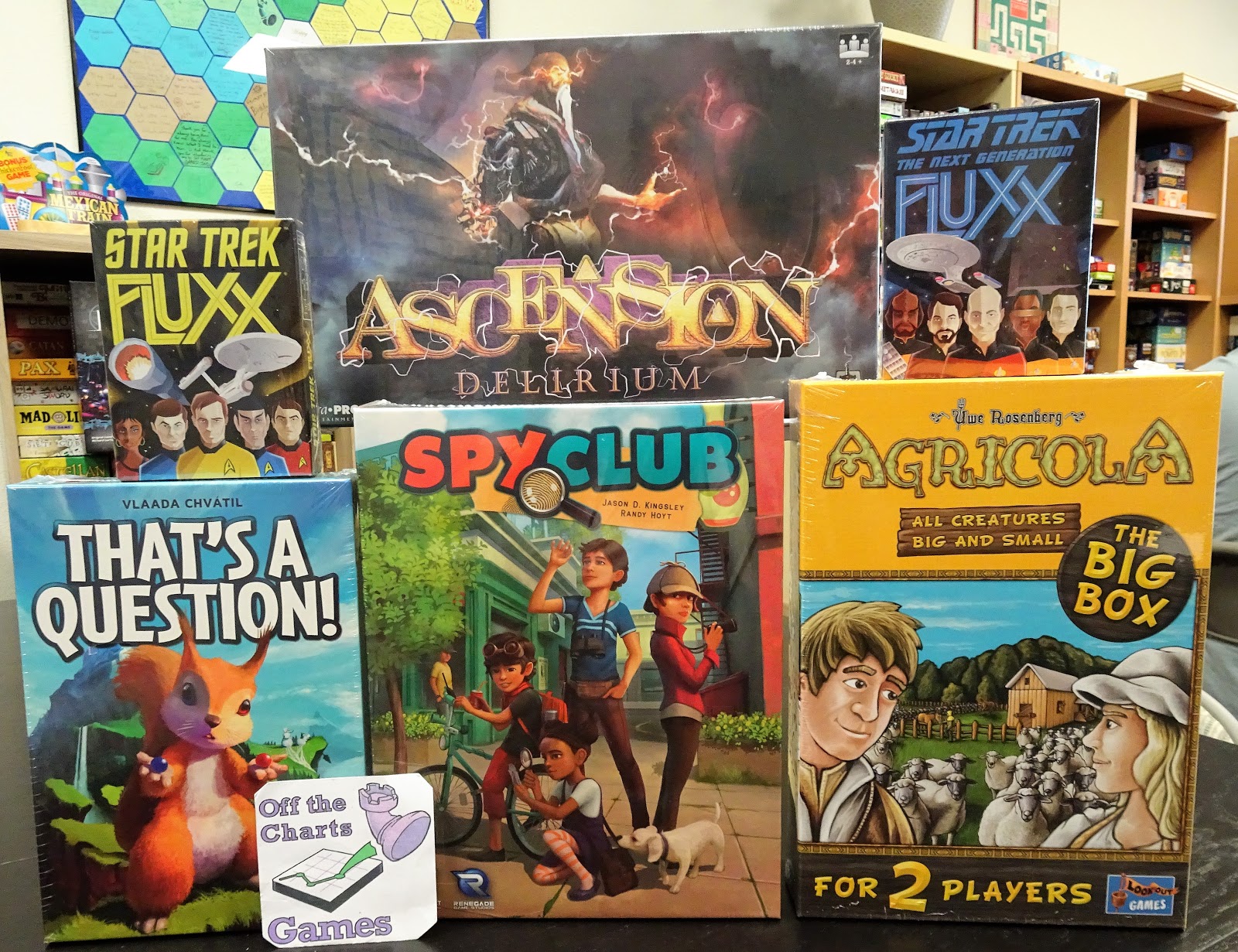 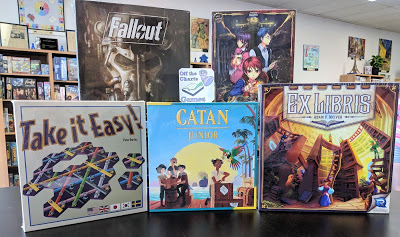 Here are our most recent game arrivals:

Spy Club is a cooperative game where players are young sleuths out to solve various neighborhood mysteries. Working together they must solve each case by figuring out the motive, the suspect, the location, the crime, and the object. The game features double-sided clue cards with beautiful artwork with each card showing a different aspect (motive, location, etc.). To solve a particular aspect you must collectively get 5 clue cards of that aspect into the center row of the central board.  To do this you each will take actions that let you investigate, shift focus, confirm, and scout.  Put your detective skills to the test and try and solve the case before the suspect escapes.

Spy Club features a new mosaic campaign format that lets you play a series of games connected to each other to tell a larger story. The game provides lots of replayability in that all of the components can be fully reset and you can start over from the beginning.  Additionally, only a small portion of the total content is unlocked over a campaign.  You can play multiple campaigns, with different stories emerging each time.

Step into a new reality with Delirium, the newest addition to Ascension a fantasy deck-building game.

A new portal into the Dreamscape has been opened.  The world of Vigil is warped by dreams and nightmares come to life.  You mus wield the power of the Dreamborn to battle back the forces of Delirium to save the realm.

Delirium can be played as a 1-4 player stand-alone game, or combined with other Ascension games to play up to 6 players. Included are 180 cards, a game board, deluxe Insight and Honor tokens, and a all-new Delirium die.

This new “Big Box” version of the 2-player Agricola: All Creatures Big and Small  contains the original base game and its two expansions. Apart from shaped animals, this edition includes shaped resource workers and tokens.

Adding to Looney Labs line of Fluxx, the card game of ever-changing rules are these: