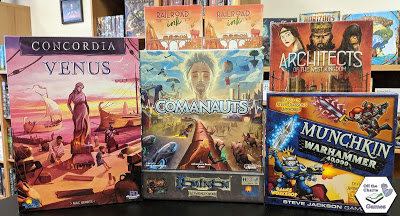 Here’s a look at some of the games that arrived in this week:

In from Plaid Hat Games is Comanauts, the second in their adventure book games set in the “twisted, sometimes bizarre confines of a slumbering mind”. The first such adventure book game being Stuffed Fables.  Both are co-operative games for 2 to 4 players.

Delve into the tormented mind of a genius.  Dr. Martin Strobal was going to save the world with his Mobius Ring device, but a lab accident has left him in a coma.  Now a minuscule black hole is forming, threatening to tear the Earth a part. Brave comanauts must enter the irradiated dreamworld of Dr. Strobal’s mind, solve the mysteries that keep the doctor locked in his nightmarish coma, and defeat the inner demons lurking there. 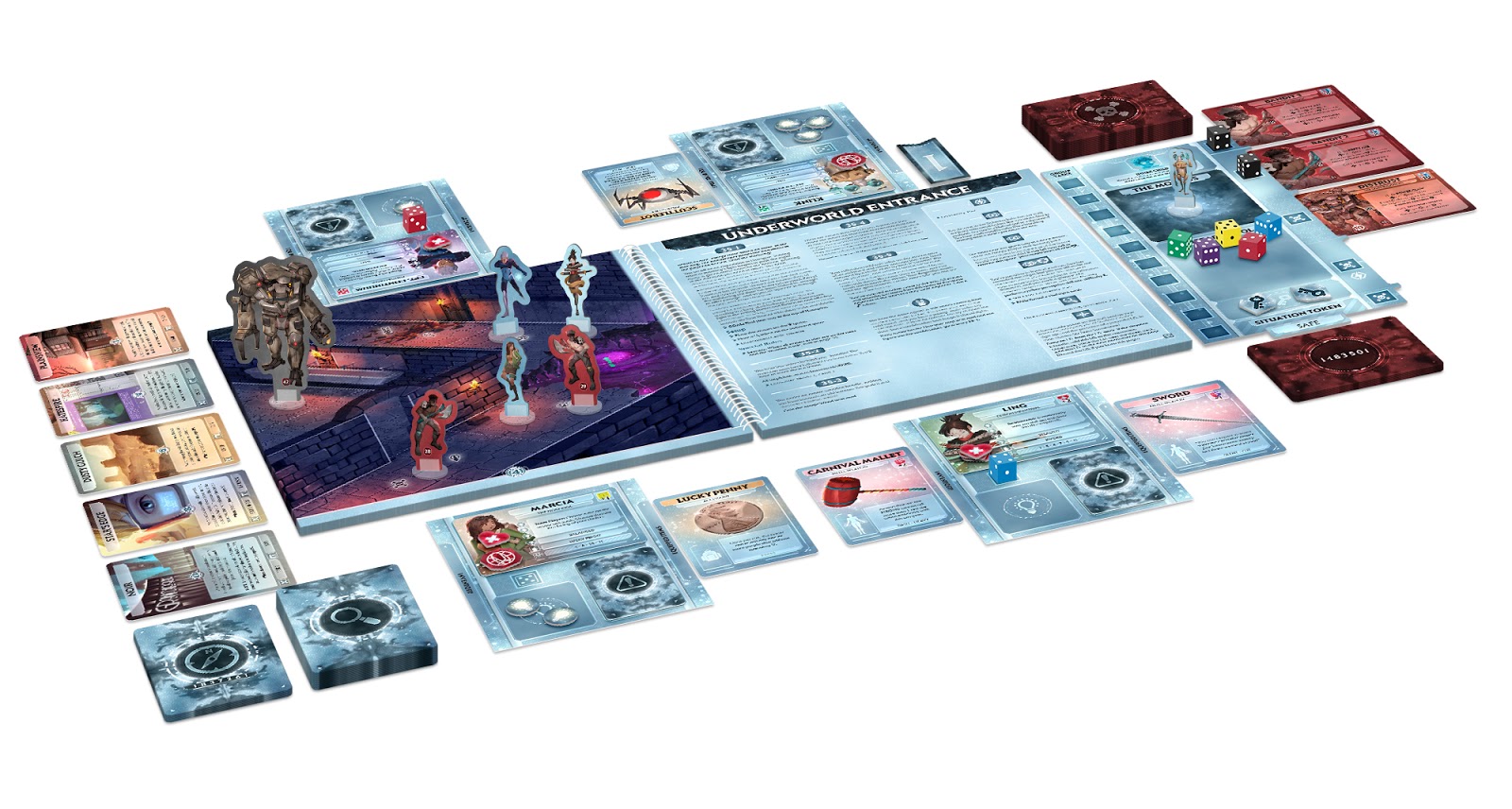 Players hurry through dream spaces, urgently seeking clues that will reveal the key to waking Dr. Strobal battling demons along the way. They’ll take on a persona drawn from a dizzying cast of characters.

In from Rio Grande Games Is Concordia Venus an expanded version of Concordia, a strategy game of economic development in Roman times.  With the Venus variant, two partners work together at a game of Concordia while competing against one or two other teams.  Mutual understanding and coordinated planning are essential to succeed.
Concordia Venus includes the base game Concordia, 4 different maps: Ionium/Hellas & Imperium/Cyprus, and game material for a sixth player.

Railroad Ink is a competitive puzzle family game for 1 to 6 players.  Roll the dice and draw routes on your board.  Create transportation networks to connect exits and score points at the end of the game.  Play with one of the two included expansions ( (Volcano and Meteor) for a more challenging experience.
~ ~~ ~ ~~ ~ ~~ ~

Munchkin and Warhammer 40,000 – two great games that work great together.  Become an Ultramarine, Necron, Aeldari, Ork, Death Guard, or Tyranid. Make a Pilgrimage to Holy Terra, use your Lasblaster, and of course you need More Dakka. Be vigilant; you might encounter the Sloppity Bilepiper, a Horror of Tzeentch, or even Mortarion himself.

Munckin Warhammer 40,000 is the newest theme in the line of Munchkin, the kick open the door, fight the monster, grab the treasure, reach level 10 and win card game.