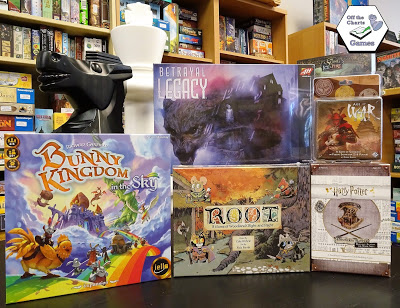 Here is this weeks game arrivals:

Finally after being missing in action for a long time, Root: A Game Of Woodland Might and Right is back in stock.  Root is a two to four player game where players attempt to rule a fantastic forest kingdom in the ultimate asymmetric game of adventure and war. Each player has unique capabilities and a different victory condition.  With a double sided game board you can choose to play in autumn or winter. Play one of these four factions:
Following Vast: the Crystal Caverns, Root is the second game in Leder Games’ line of asymmetric designed games.