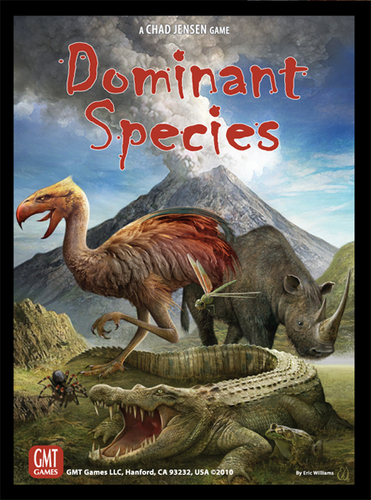 A titanic struggle for global supremacy between animal species.

Mechanics Area Control, Modular Board, Worker Placement
Theme Evolution
Publication GMT Games, 2010
Ages 12+
Time 180
Players 2 – 6
Description
War game specialists,
GMT Games, has something really new. Dominant Species is a game that
abstractly recreates a tiny portion of ancient history: the ponderous
encroachment of an ice age and what that entails for the living creatures
trying to adapt to the slowly-changing earth.

Each player will assume
the role of one of six major animal classes – mammal, reptile, bird, amphibian,
arachnid or insect. Each begins the game more or less in a state of natural
balance in relation to one another. But that won’t last; It is indeed the
“survival of the fittest”.
Through wily action pawn
placement, players will strive to become dominant on as many different terrain
tiles as possible in order to claim powerful card effects.  Players will also want to propagate their
individual species in order to earn victory points for their particular
animal.  Players will be aided in these
endeavors via speciation, migration and adaptation actions, among others.

All of this eventually
leads to the end of the game – the final ascent of the ice age – where the
player having accumulated the most victory points will have his animal crowned
the Dominant
Species. 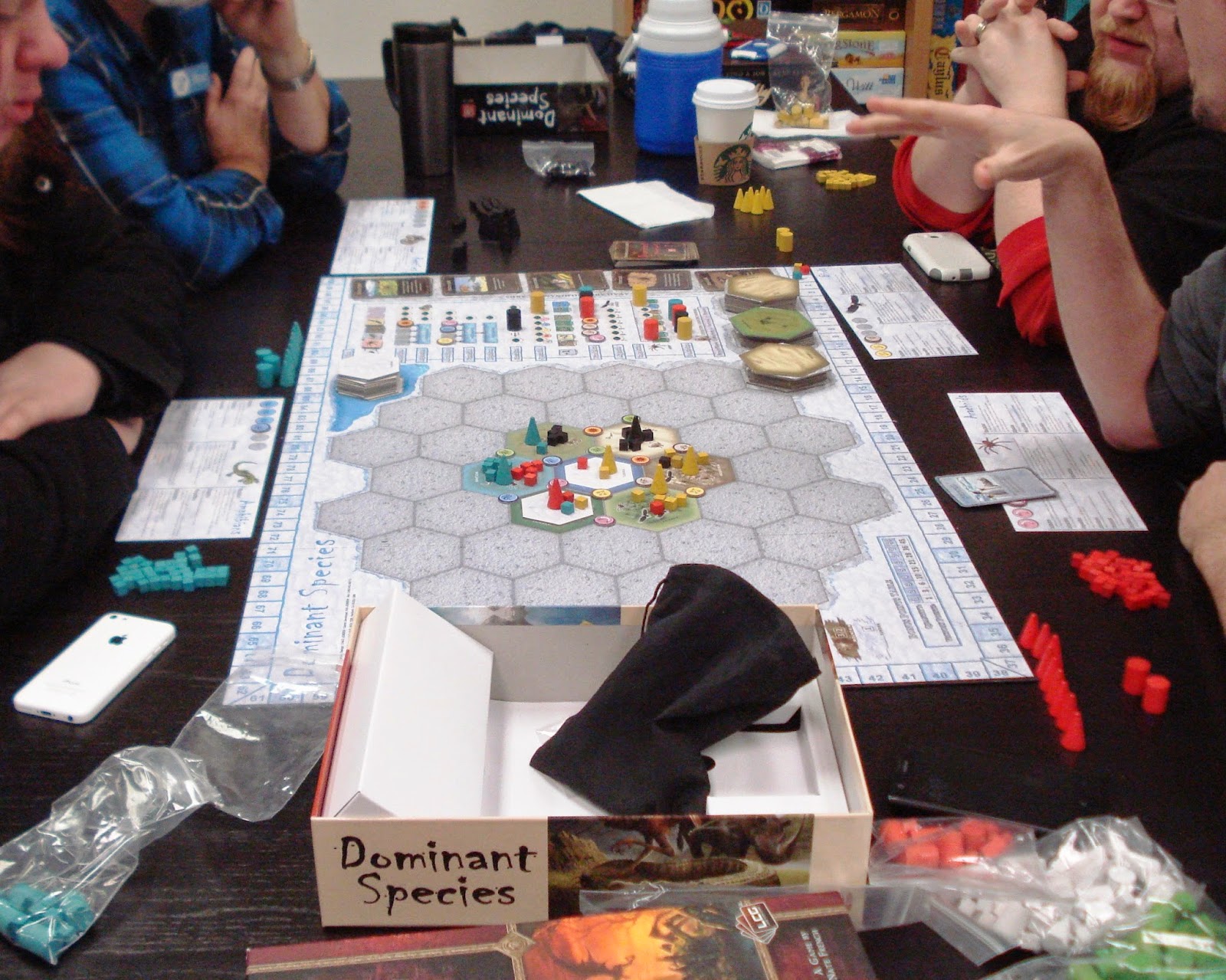