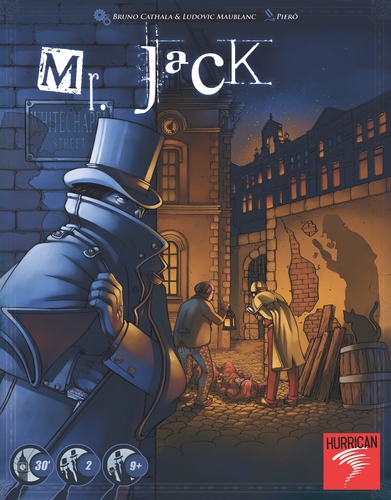 Mechanics Variable Powers, Deduction
Publication Amodee,
2006
Ages 9+
Time 30
Players
2
Description
Mr. Jack pits the wiley Mr. Jack against the clever investigator.  One of the 8 characters will be randomly selected as Mr. Jack.  Streetlamps illuminate sections of the city.  Other sections remain in the dark.  Each turn both the investigator and Jack will move two of the characters.  The investigator must try to separated Jack from the other characters to identify him.  Jack will be doing his best to blend in with the other characters for as long as possible. Jack is very clever.  He can even hide in the dark and slip out of the city to win the game. 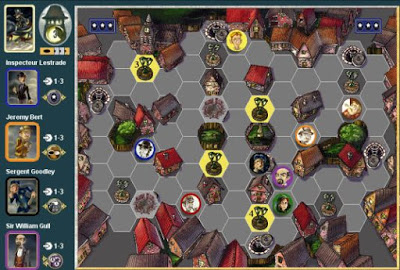 We have an open copy of Mr. Jack available in our Store Demo Games Library for you come in and try.