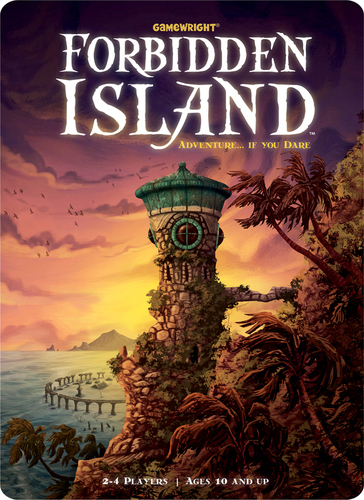 Adventure if you dare!

Mechanics Cooperative Play, Modular Board
Theme Island Adventure
Publication Gamewright, 2010
Ages 10+
Time 30
Players 2 – 4
Description
Forbidden Island is the perfect introduction
to cooperative games where teamwork is everything.  You will all play as a team trying to defeat
the perilous conditions of the game and win as a well-functioning team.  Two to four adventures select a character role
that will have a unique special ability.
Players will take turns moving about the island shoring up flooded
sections and maneuvering into position to trade cards with their fellow
players.  The object of the game is to
capture the island’s 4 treasures that represent Earth, Wind, Fire, and Water
and then get all the adventurers to Fools’ Landing before the island sinks
away.  Players must move 4 cards
representing one of the treasures to a player who can get to one of the two
locations where that treasure can be captured.
Once all four treasures have been captured all players will sprint to
Fools’ Landing and into a waiting helicopter for escape and a collective win.  Sounds easy enough? However, parts of the
island will flood after each players turn.
When a Water Rise card is revealed the speed of flooding will increase.  If any segment of the island floods a second
time it sinks and is removed from the game.
If the tile with Fools’ Landing sinks the players are lost without an
escape route. Sinking both island segments of a treasure
before it is captured results in a game lost.
You must work together to keep key island segments intact, exchange
cards to claim all 4 treasures, and get back to Fools’ Landing with a
helicopter. Will your team be successful in capturing the island treasures and
making it out alive? 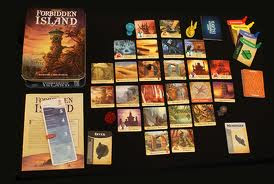 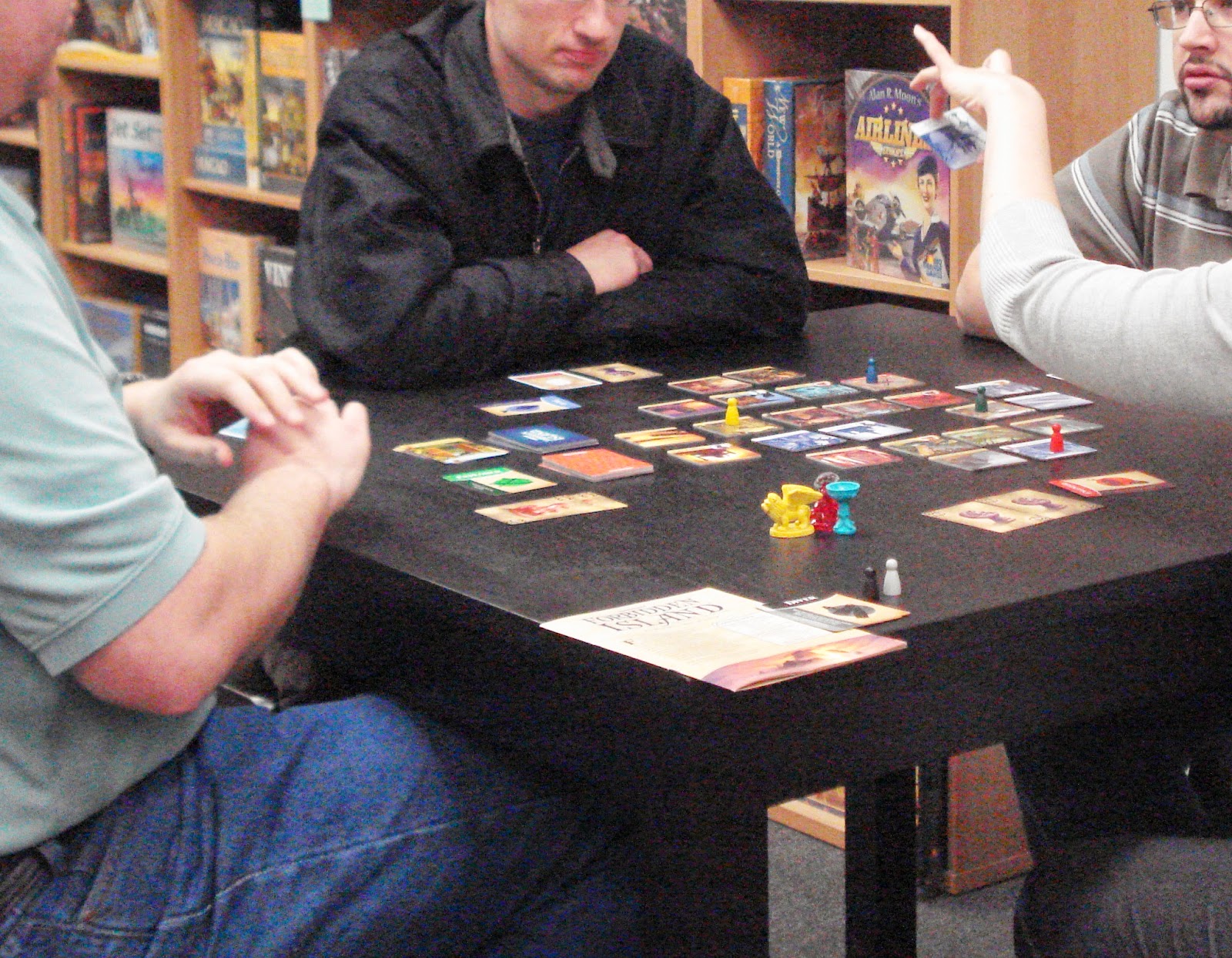 We have an open copy of Forbidden Island is available in our Store Demo Library for you come in and try out.