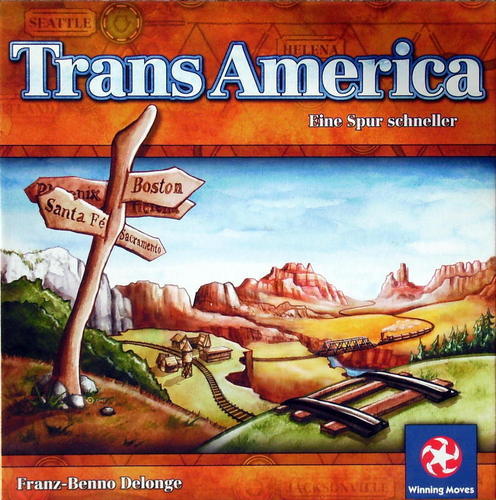 Railroads are booming!  Stay one step ahead.

Mechanics Network Building
Theme Railroads
Publication Rio Grande Games, 2001
Ages 13+
Time 30
Players 2 – 6
Description
TransAmerica is a fast-paced-track-laying game.  Each player tries to connect their five
cities scattered across the United States with a network of tracks.  Players may connect their networks to others
and then use the connected networks as their own.  As soon as a player has connected all of
their cities the round ends.  The other
players lose points for unconnected routes thereby moving their scoring marker
down the track towards zero.  The game
ends when at least one player’s locomotive score marker has reached zero
points.  The player with the least
penalty points wins.
Included in the edition
is the Vexation Expansion that adds a whole new layer of strategy. The game follows the
same rules as the basic game.  However,
in addition to shared railroad tracks, each player has 3 colored tracks that
can be placed to block routes from being used by other players. 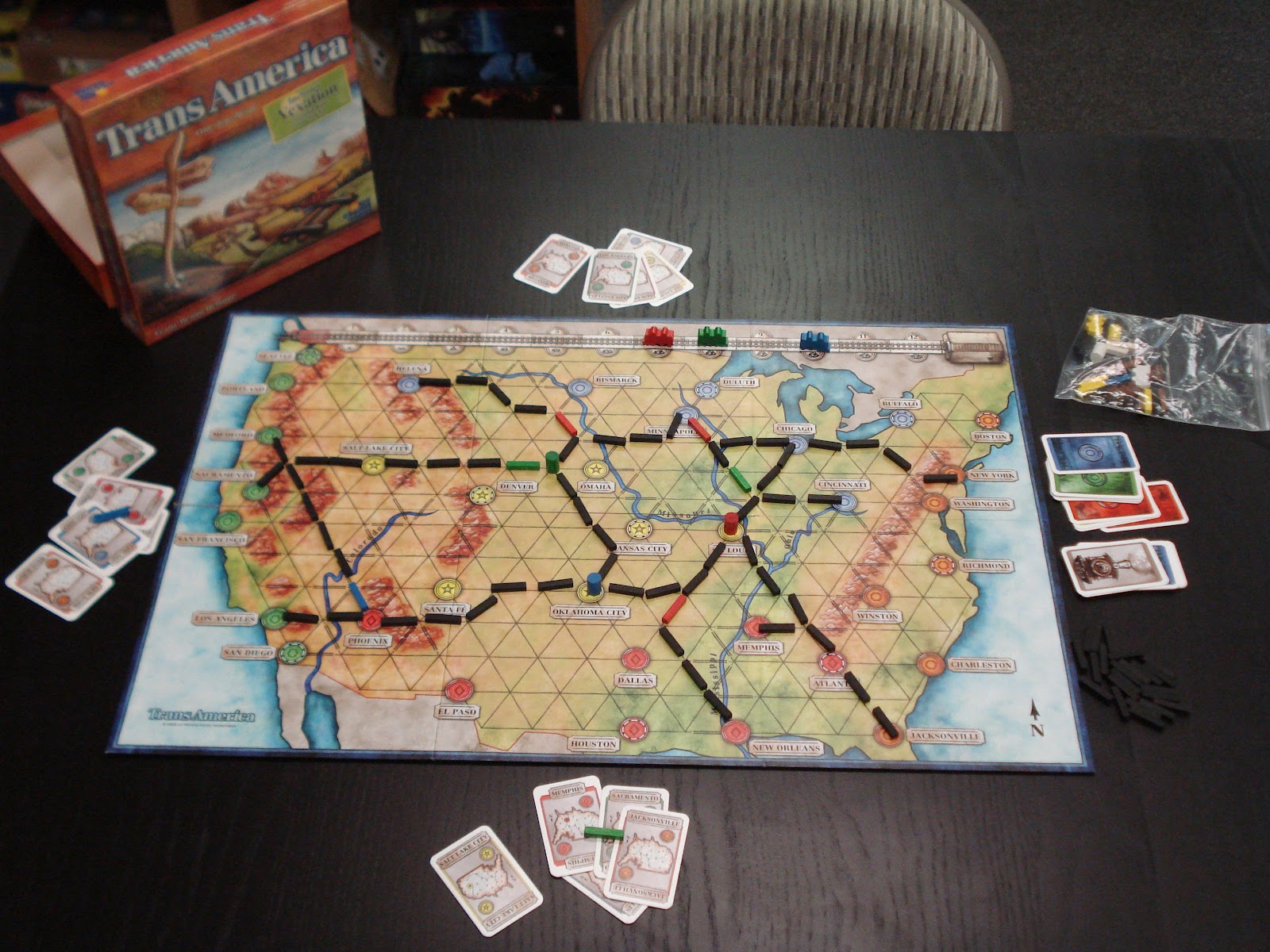 We
have an open copy of TransAmerica available
in our Demo Games Library for you come in and try.