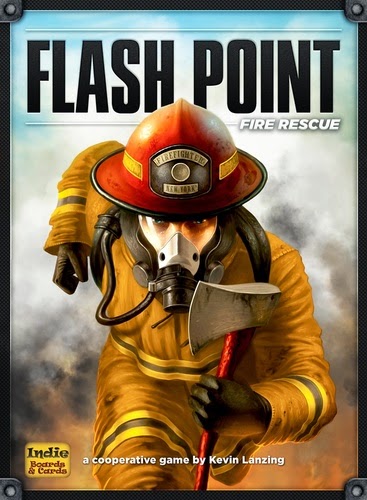 Mechanics Co-op, Dice Rolling, Variable Player Powers
Theme Fire Fighting
Publication Indie Boards & Games, 2011
Ages 10+
Time 45
Players 1-6
Description
Flash Point: Fire Rescue brings 4 levels of panic to your 911 call.  The family version of this cooperative game
has players sending their firefighting into a blazing house to douse the flames
and rescue potential victims.  Fire
fighters will battle the fire, enter new rooms to get to victims and then
battle their way back outside of the house.
In the meantime, the flames are erupting all over the house causing
explosions, flash overs, and structural damage to the house.  Every time one victim is rescued another
potential one is noticed elsewhere. Players must work together to save 7
victims to win the game.  However, the
loss of 4 victims or the collapse of the house will result in losing the game.

Once the family version has been mastered,
players can move into the more advance levels of the game that provides special
characters, an ambulance and fire truck, multiple explosions, hot spots, and
hazardous materials.  Each of the 8
special characters brings a unique set of skills that will be necessary to
survive the advanced game.  The advanced
game has 3 different levels to play.  They
start with 3 or explosions, locations with hazardous materials that can cause
additional explosions, and a series of hot spots that can erupt into flames in
an instant.  The ambulance is now
necessary to go around the building to pick up victims that have been evacuated
from the burning house.  The fire truck
can be used to battle intense fires in a particular section of the house.  All of the character abilities, careful
planning, and a little luck can lead to victory before the fire claims too many
victims or the house becomes so unstable that it collapses. 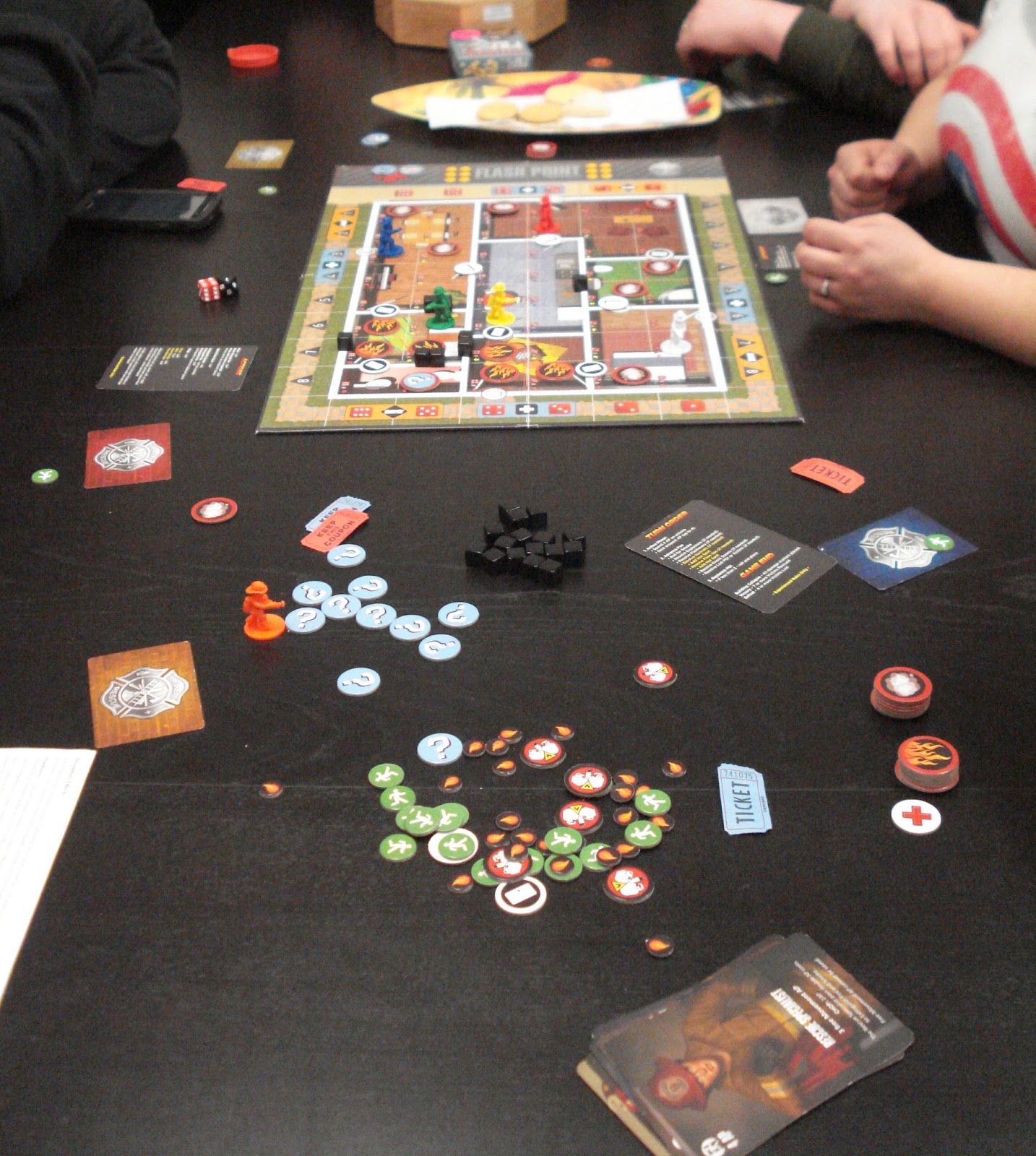