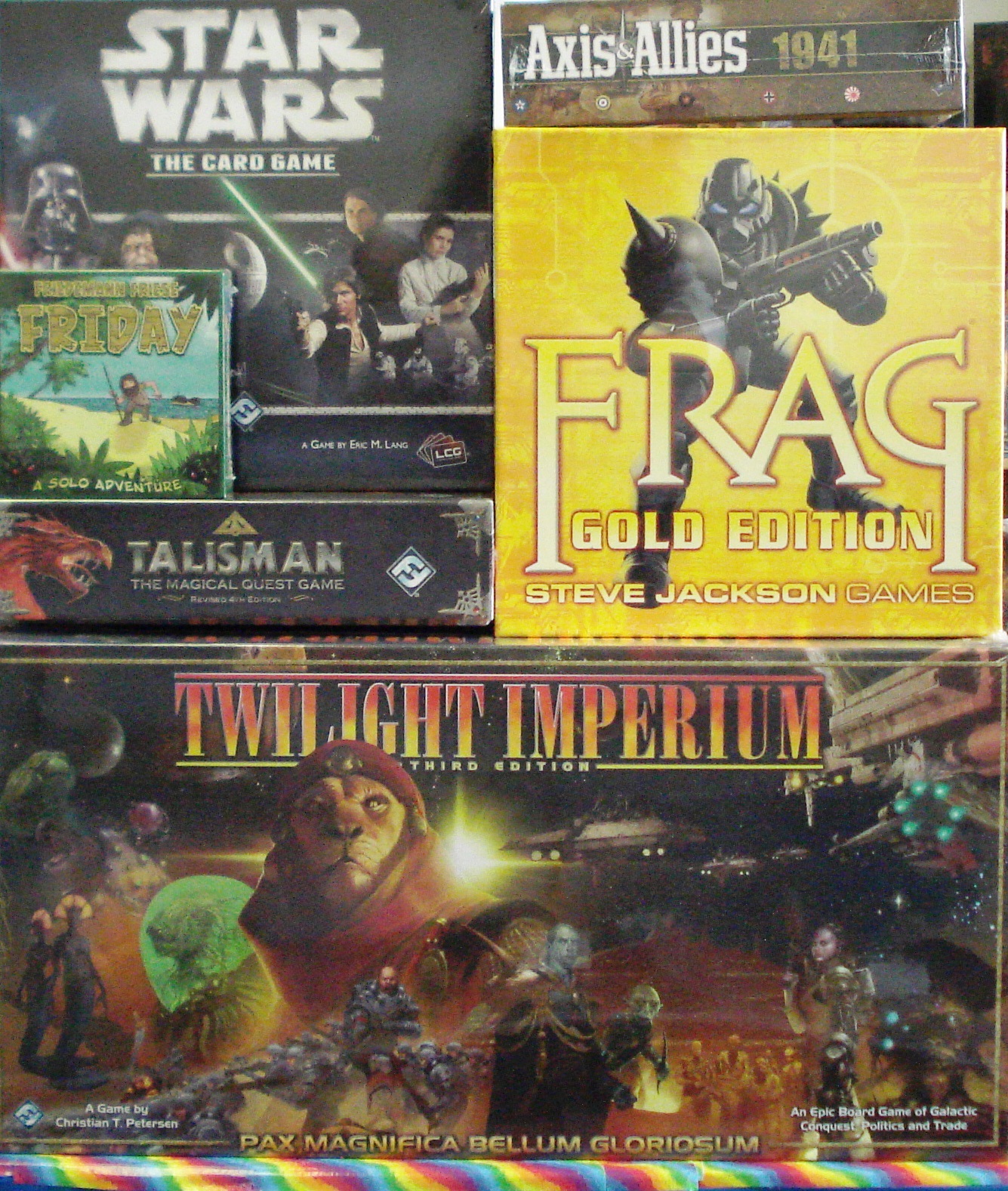 It”s a week of restocks.  Here are some of the games that came in:


Finally back in stock, Twilight Imperium is an epic board game of galatic conquest, politics, and trade.


Frag is a computer game without a computer.  It’s a 1st-person shooter on a tabletop.  The Gold Edition offers a 2-sided game board, figurines, erasable character cards, and 18 dice for some really gigantic attacks.


Talisman, a board game where players are on a dangerous quest for the ultimate treasure, the legendary Crown of Command.  As a warrior, priest, wizard or any one of 11 other heroes with powers that are both magical and mighty players will encounter monsters, traps, and evil magic on their journey.

Also back in stock is Friday, a solo adventure card game.  In this game, Robinson Crusoe is represented as a card stack of different behaviors.  You are forced to improve this card stack so you can collect the cards at the end of the game to give Robinson the best chance to win against the tough pirates.

Star Wars is a card game of galactic conflict for 2 players. Join Luke Skwalker, Han Solo, Princess Leia, Obi-Wan Kenobi, and the rebel alliance as they defy the Galactic Empire and resist the corrupt agents of the Sith.   Or choose to fight alongside Darth Vader and the members of The Dark Side.

The world is at war – 5 major powers struggle for supremacy.  Controlling one of the Axis or Allied powers, you will command both your country’s military forces and its wartime economy.