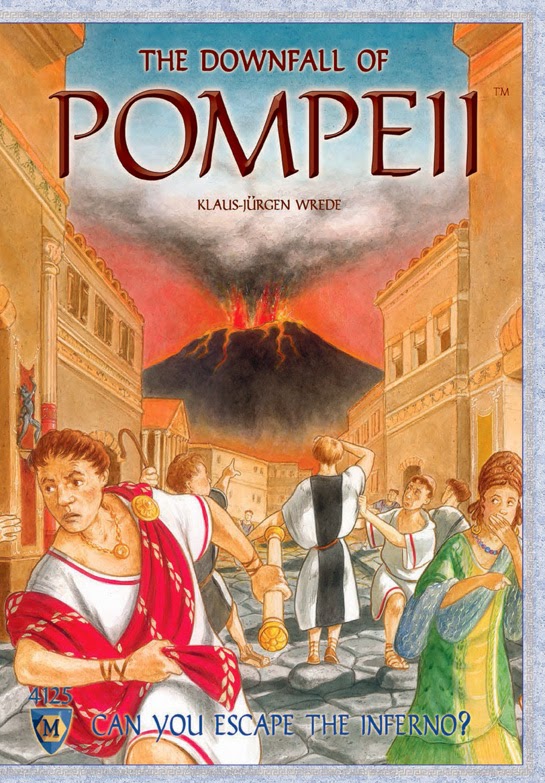 Run for your lives! Can you
escape the inferno?

The Downfall of Pompeii is by game designer Klaus-Jurges Wrede who created the popular game, Carcassonne. The Downfall of Pompeii is easy to learn, easy to play and a ton of fun because you get to toss your opponents player tokens into a volcano. It’s the year 79 AD, the year of the consulship of Augustus and Vespasian. Pompeii has been rebuilt into an important trade city following a devastating earthquake and a mass exodus of its citizens.

The game board has a map of the city of Pompeii overshadowed by active Mount Vesuvius in the corner of the board. There are two distinct phases in the game. During the 1st phase Roman citizens are reentering the city occupying the new and splendid buildings. Players will use a hand of cards to place their citizen tokens in various buildings throughout the city. The key is to place their citizens so they can quickly escape from the city when the volcano blows. Grouping citizens in a building can either be advantageous or a total disaster. Advantageous in that during the escape phase, a citizen moving from a full building full can move faster than from a building with only a few citizens. Disastrous in that groups of citizens tend to be easy targets when the lava starts to flow. When the 1st AD 79 card is drawn game play takes a twist. Players now have the opportunity to relatives when placing their citizens. And the fun begins as Omen cards will start to appear. When a player draws an Omen card they immediately remove, at their choosing, one of their opponents’ citizens from a building and tosses it into the volcano. So phase 1 is place, draw, and sometimes throw someone into the volcano.

The second AD 79 card drawn triggers Phase 2 which begins the eruption of Mount Vesuvius. Six lava tiles are immediately placed in the city. Any and all citizens occupying a space where the lava tiles are placed immediate are tossed into the volcano. Citizens are now in a panic to flee the city before being consumed by lava. Player turns now consist of: 1) choosing 2 of their citizens and sprinting as fast as movement allows towards a city exit, 2) drawing a random lava tile and placing it, at their choosing, where it can inflict maximum damage to their opponents, and 3) taking any citizens killed by their flowing lava tile and tossing them into the volcano. The game ends when all citizens have either escaped from the city or been trapped within the city with no escape route, or overcome by lava and tossed into the volcano. The player with the most survivors outside the city is the game winner. 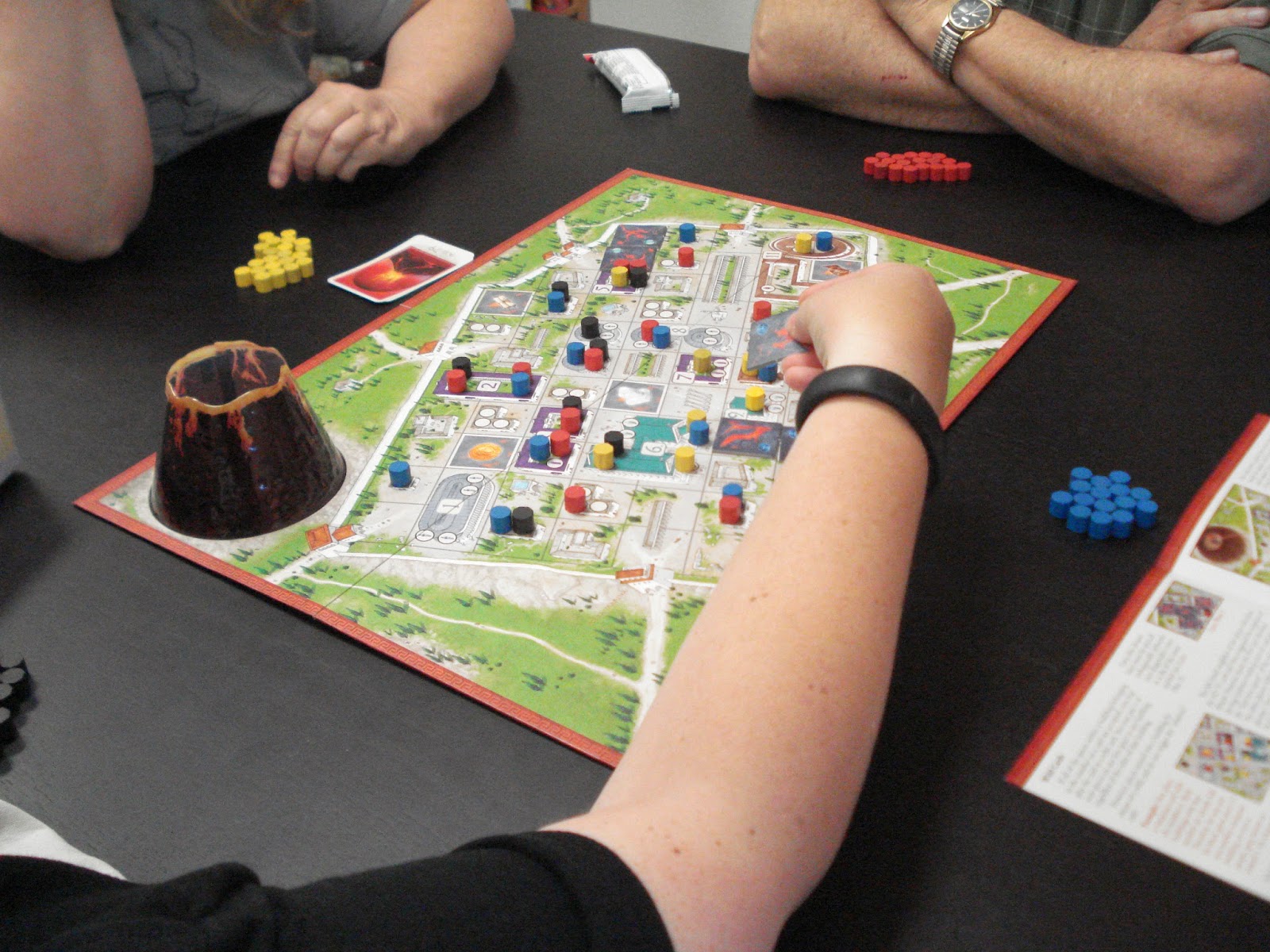 We have an open copy of The Downfall of Pompeii available in our Demo
Games Library for you come in and try.