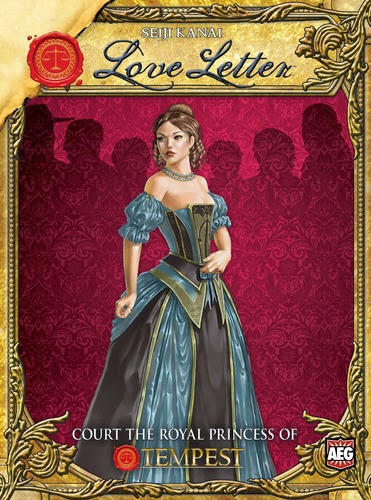 Win the heart of the Princess
in this game of deduction.

Love Letter is a game of risk, deduction, and luck.
So the story goes….
…In the wake of
the arrest of Queen Marianna for high treason, none was more heartbroken than
her daughter, Princess Annette.
Suitors
throughout the City-State of Tempest sought to ease Annette’s sorrow by
courting her to bring some joy into her life.
You are one of these suitors, trying to get your love letter to the
princess.  Unfortunately, she has locked
herself in the palace, so you must rely on intermediaries to carry your message.
Love Letter consists of 16 cards
representing 8 different individuals from the royal residence.  Included on each card is a point value equal
to that individuals’ station.  The higher
the point value, the closer that person is to the princess.  Additionally, each card includes text that
describes the effect the card has when it is discarded. A game is played in a
series of rounds.  Each round represents
one day.  At the end of each round, one
player’s letter reaches Princess Annette and receives a red token of affection.
Players begin the
round with one card in their hand.  On
their turn they will draw a 2nd card and then choose one of the two to
discard applying the effect indicated on the discarded card.  The object is to knock out the other suitors
while trying to retain the highest point value card.  You must always play a card even if the
effect is bad for you.  Hope to have one
of the 2 Handmaids to discard as she will provide protection from the other
players until your next turn.  The Barons
allow you to compare hands with another suitor but be careful as the one
holding the lower point valued card is eliminated.  If you’re caught holding the Countess with
either the King or one of the Princes you will have to discard your Countess
card revealing a little information you may not want the other suitors to know.  Once the draw deck is empty or there is all
but one player has been eliminated.  Of
the non-eliminated players the one holding the highest point value card wins
the round and receives a red token of affection.  The number of players will dictate the number
of tokens of affection that must be received by a suitor to win the game. 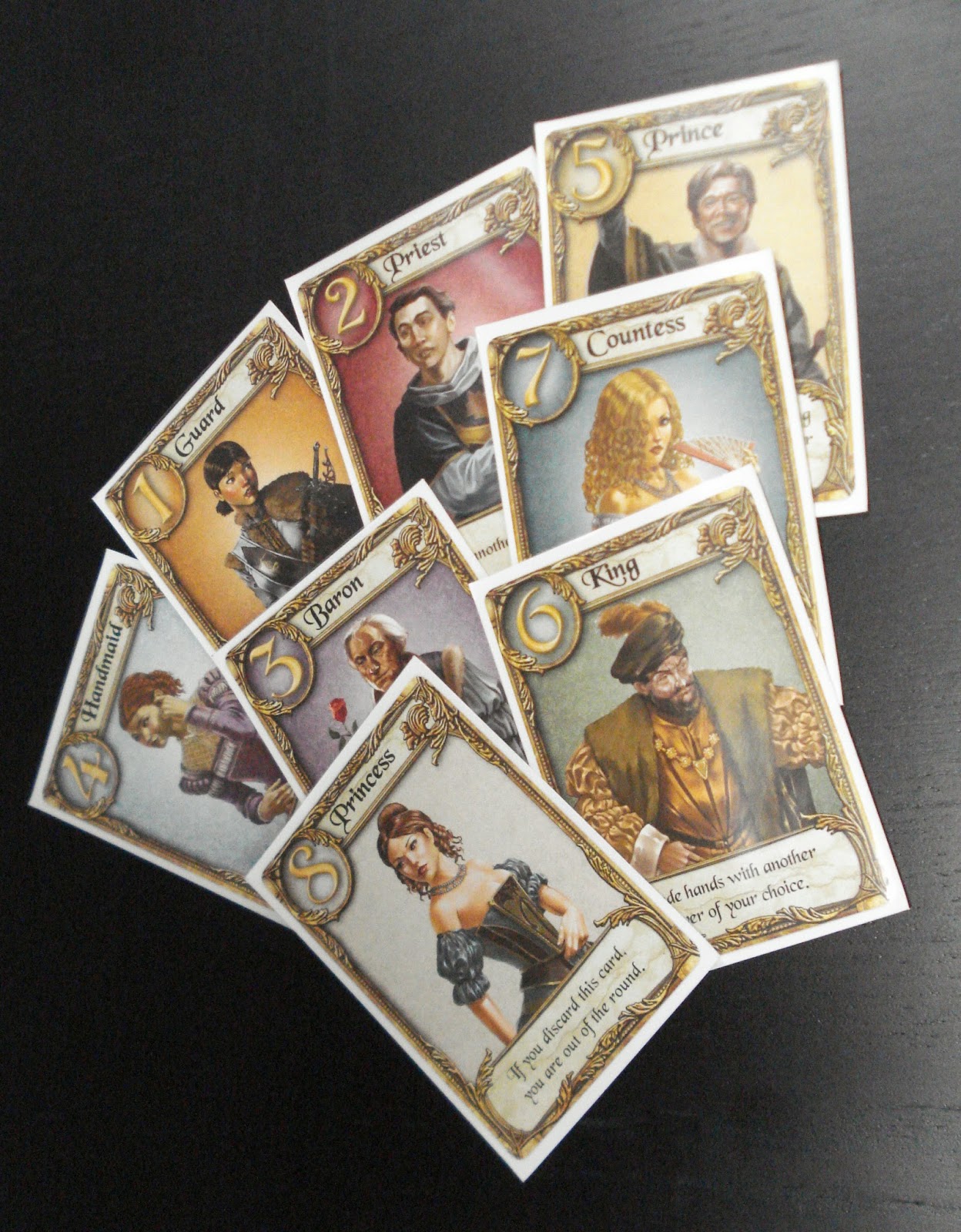 We have an open copy of Love Letter available in our Demo
Games Library for you come in and try.