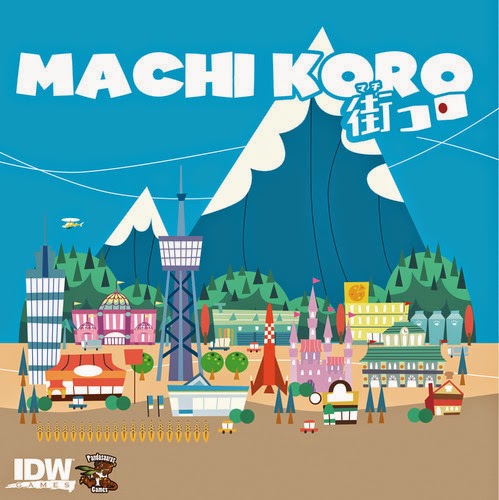 Machi Koro is a quick breezy city building game from
Japan.  The box says it’s a 30 minute
game and with 4 players it might take that long.  A 2-player game will be much quicker.  The object of the game is to be the first
player to activate all 4 of their landmarks.
Players start with 2 basic establishments, 1 wheat field, and 1
bakery.  Money is generated on each turn
by a dice roll, if the roll matches the activation number at the top of an
establishment.  There is a series of additional
establishments to buy.  Their activation
numbers run from 1 through 12.  Their
cost to purchase runs from 1 coin to 8 coins.
Establishments are of 4 types.
Blue establishments pay their owner on any player’s roll.  Green establishments pay their owner only
when activated by the owner’s roll.  Red
establishments earn other players money only on the other player’s roll.  And, purple establishments take money from
other players on the owner’s roll.
A player’s turn consists
of a die roll, receiving income on all establishments activated, and the option
to one purchase an establishment, or pay to flip over one of their landmark
cards.  At the start of the game each
player will roll 1 die.  Seven
establishments require rolls from 7 to 12 to activate.  When a player pays to flip over their Train Station
Landmark they will have the option to roll 1 or 2 dice on each turn.  It may be beneficial for a player to continue
to roll only 1die if their 1 through 6 establishments are stronger than their
opponents.  Or, it could be beneficial to
roll both dice if a player’s 7 through 12 establishments are stronger.  Buildings activated by rolls of 7, 8, and 11
or 12 pay based on other establishments owned.
For example, establishment 7-Cheese Factory pays 3 coins for each Ranch
establishment that player owns.
Each of the other
Landmarks gives the player an ability once it has been flipped.  Establishments and Landmarks can be purchased
in any order.  Once the Train Station
Landmark has been flipped over, players can choose to roll one or both
dice.  The dice provide an element of
luck.  However, in order to win a player
will need to build an economic engine or significant worth to buy their way to
victory.  This game is quick.  It is easy to teach and it is a lot of fun.
The Harbor Expansion
(sold separately) adds a bunch more variety in establishments to buy and 2 new
Landmarks to complete. 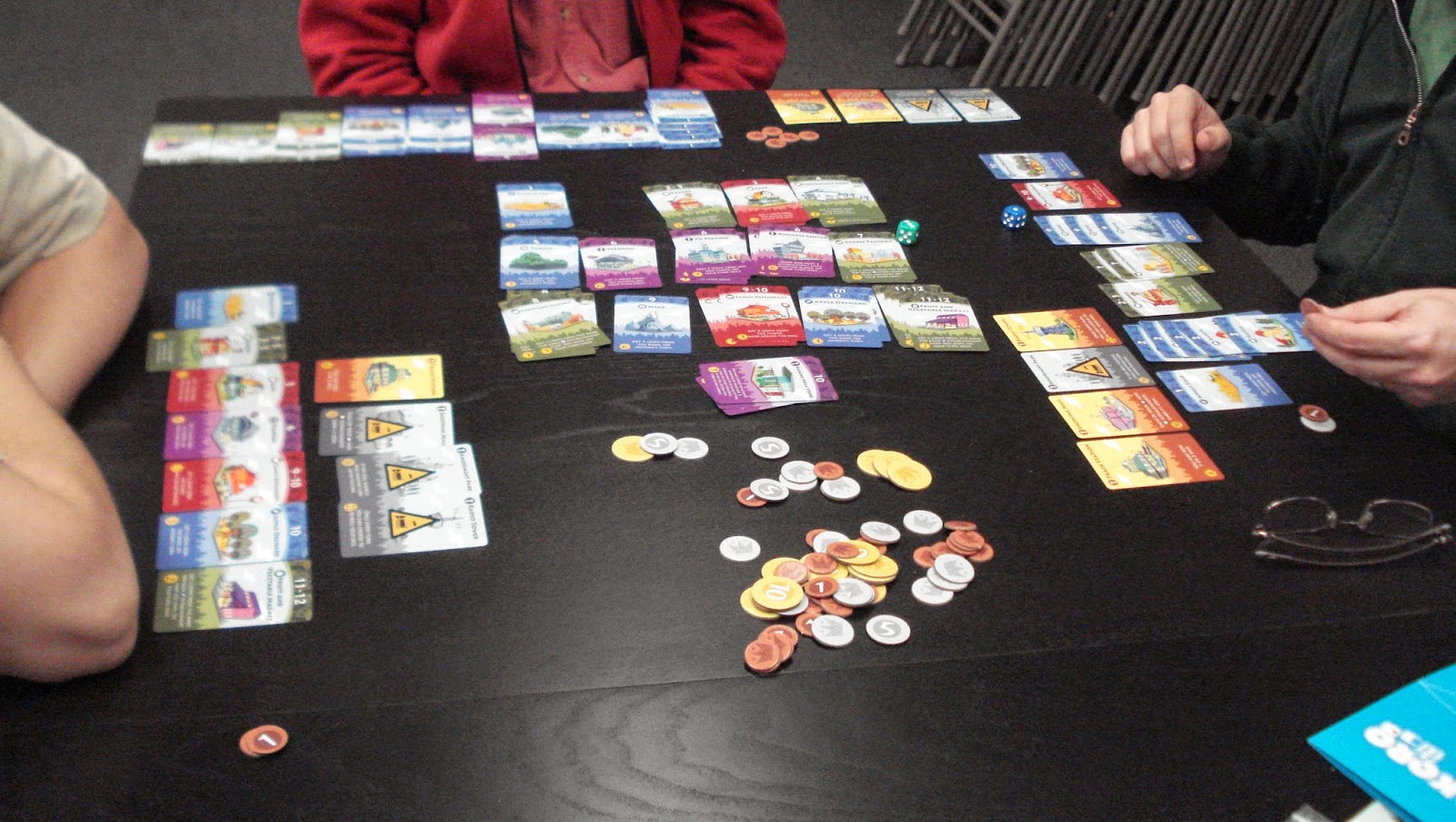 We have an open copy of Machi Koro available in our Demo Games Library for
you come in and try.

We proudly serve Gresham and the greater Portland and
Vancouver
area.