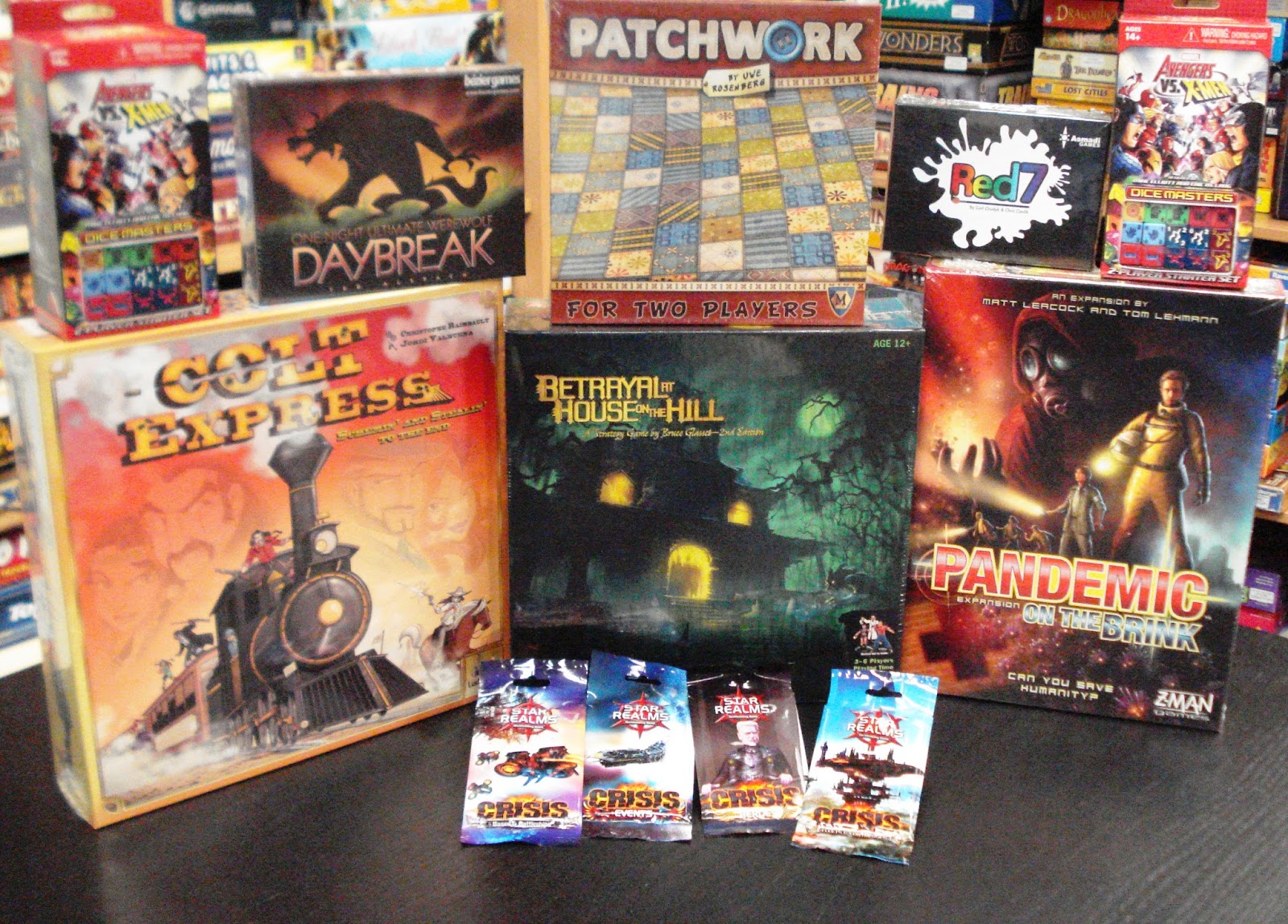 Come in
and check out this week’s game arrivals.  Here’s a look at the arriving
games:


New in from Asmodee is Colt Express, a family game about robbing a train.

It is 1899 and the Union Pacific Express is headed to the Nice Valley Coal Company to deliver their payroll and 47 passengers. Suddenly the train is attacked by thievin’ bandits! Will the outlaws keep their cool or will Marshal Samuel Ford save the day and prevent the robbery?

In Colt Express players are outlaws robbing a train vying for the most loot. Each outlaw will have a special ability. Throughout the game players will preprogram their moves.  The outlaws will move from car-to-car, from inside a car to it’s roof, and from roof-to-roof as well as shoot and punch each other in their attempts to steal the most loot off the train. In addition the outlaws must try and avoid Marshal Ford.

After 5 rounds the baddest outlaw is the player with the most loot.

New in from Asmadi is Red7, a quick and easy to learn card game that plays in five minutes. The rules of Red7 are simple: Highest card wins!
Red7 consists of a deck of 49 cards, numbered 1-7, in each of 7 rainbow colors. Each suit of color will have a specific rule; Red: highest card,. Orange: cards of 1 number, Yellow: cards of 1 color, Green: most even cards, and so on down the color spectrum.

To begin a round, each player will receive a 7 card hand, and one card face up in front of them. The face up cards begin each player’s palette. The top card of the discard pile determines what the current rule is.  A 7 is always higher than a 6, but when comparing two 6’s, a Red 6 is higher than an Orange 6.
Players will play cards from their hand to their palette and/or discard pile trying to beat the previous player’s play.  If you cannot make a play that beats the previous player you are eliminated from the round.
Play continues until there is only 1 player left. The winning player takes the cards from their palette that made up the winning play and sets them aside as this is their score.  The next round will now exclude these cards.  Rounds continue in this manner until a player has accumulated the predetermined winning points. 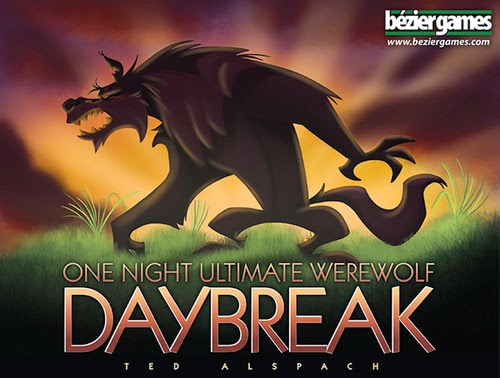 One Night Ultimate Werewolf Daybreak is a fast card game for 3-7 players in which everyone gets a hidden role, each with a special ability. (No plain “villagers” here!)
In the course of a single morning, your village will decide who among them is a werewolf . . . because all it takes is finding one werewolf to win!
Daybreak includes 11 new roles. It can be played as a stand-alone game or combined with the original One Night Ultimate Werewolf; when combined, you can have up to 10 players in a single game.

Adding to the fun are these 4 expansion packs that make up the Crisis Expansion, each sold separately.