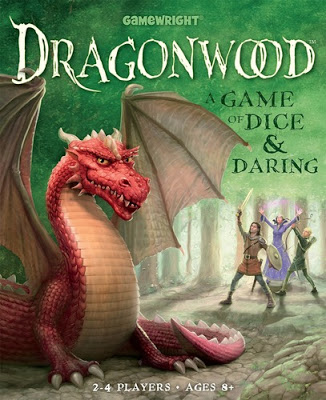 A game of dice and daring in the enchanted
forest of Dragonwood. 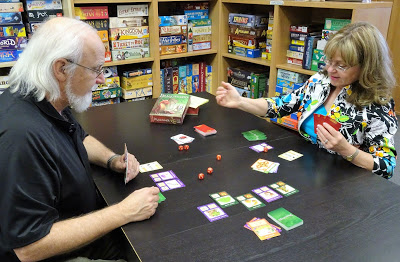 We have an open copy of Dragonwood available in our Demo
Games Library for you come in and try.