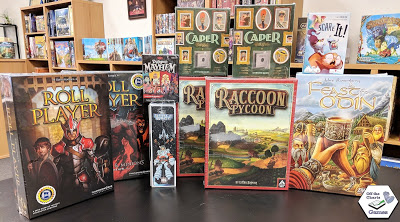 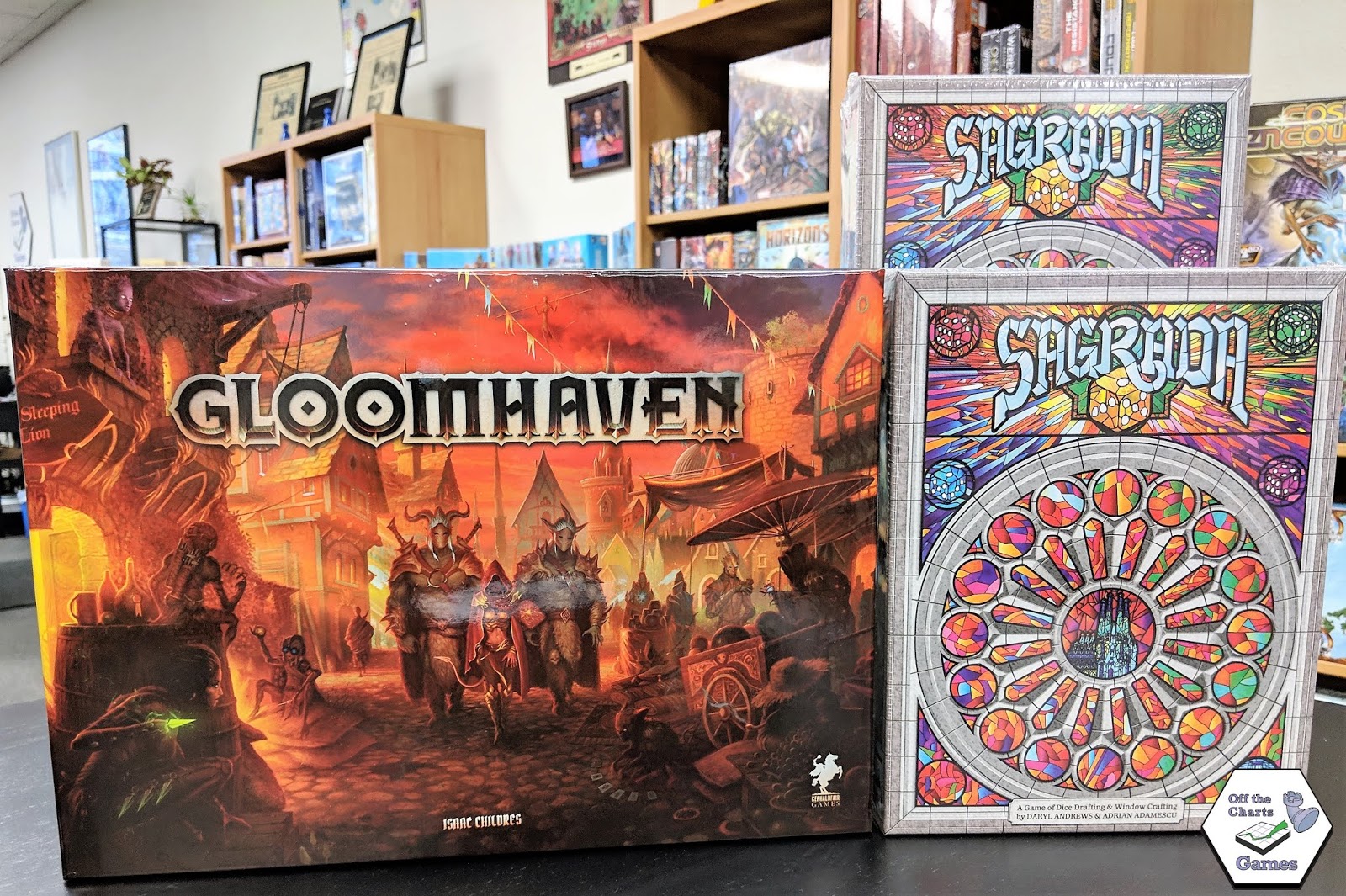 New from Forbidden Games is Raccoon Tycoon, a 2 to 5 player economic game.  This is an auction bid, market manipulation game.  Players will create the resources they need to build the best town ever.  Along the way they will enlist the best looking cast of tycoons ever to invade a game.  Owning the best towns and railroads determines victory.

~ ~~ ~ ~~ ~ ~~ ~
New Game
Caper is a 2-player strategic card drafting game for scoundrels.  Players  will hire a crew of thieves, equip them with gear, and steal from famous places across Europe.  There are 3 different cities to choose from to play.  Each city has a different level of play.  Also included is a 3-player variant and a 4-player variant.

Gloomhaven is a cooperative game of tactical combat in a unique, evolving fantasy world.  Each player will assume the role of a hardened mercenary with their own personal motives.  Together, players will fight through a campaign of scenarios that reacts and changes based on the players’ actions, creating a unique game state full of discovered treasure, retired adventurers and permanent choices.  Each scenario offers players deep tactical decisions, where ability cards have multiple uses, and using the right ability at the right time can mean the difference between success and failure.  Gloomhaven offers stream-lined tactical combat without dice against fully automated enemies, each with their own unique behavior patterns.