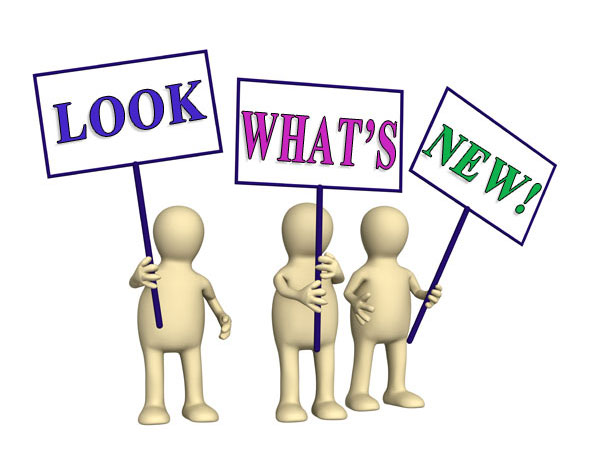 Time to catch up on our most recent arrival of new games.  Below is a brief overview of the new game arrivals:

In from Portal Games is Prêt-A-Porter: Third Edition, a heavy economic –  worker placement board game centered on the fashion world.

Prêt-A-Porter simulates running a company in a crowded space, with competitors vying for limited customers and market shares.  Players are managers in the fashion industry who will hire employees, design and produce clothing collections, and prepare for high-stakes fashion shows.
~ ~~ ~ ~~ ~ ~~ ~

Game designer, Alexander Pfister has continued his Oh My Goods! saga with his new board game, Expedition To Newdale.  One to four players will immerse themselves over the course of eight chapters in an overarching story full of adventure.  The chapters can be played in sequence as a campaign or on their own.  Various maps with different events, game elements, objectives, and actions challenge players to adapt their strategy to the given conditions and use them to their advantage.

A chapter goes over 7 rounds. Each round comprises 6 phases, which must be
played in the given order.
Phases I to III are usually played simultaneously; phases IV to VI are always
played in turn order.

Nesting inside the game box are 5 smaller boxes and a map scroll. Players will set up the game by placing these 5 boxes, plus the box bottom, onto the scroll in designated areas. This creates the environment that players will explore and battle across.  Players will have a team of 4 unique heroes: a Fighter, a Wizard, a Rogue and a Beast. Each hero type, and each character within that type, offers unique advantages to movement, attacks, and/or support. Finding the synergy in your team is key to victory.

Volume 7: Ticket To Ride Japan plus Italy is the newest expansion map in Ticket To Ride Map Collections series.  You will need the trains and track cards from your Ticket To Ride or Ticket to Ride Europe base game to play on this new double sided game board – Japan on one side and Italy on the flip side.


Japan Map:  Zoom across Japan in a bullet train admiring Mount Fuji through the mist or take the Tokyo subway to your final destination.  On this map, you face a dilemma between investing in the Bullet Train network, routes that can be used by all players to complete Destination Tickets, or focusing on your individual tracks.  Weigh you options carefully because the players who contribute the most to this shared project will be rewarded with a larger bonus…and players who don’t build an Bullet Trains will suffer the consequences.


Italy Map:  As you ride through the countryside, enjoy the
alpenglow on majestic peaks and sunsets behind cypress hedges in glorious Tuscan
landscapes. You can also hop aboard a ferry to reach Sicily or neighboring countries…but
don’t forget why you’re in Italy.  Game play is focused on the regions of Italy and on a brand new type of ferry route.  Connect cities from all regions in the same network to score extra points.

New from Gamewright is Dragonrealm, a fantasy card and dice game for two to four players.
Publisher description

Dare to venture beyond Dragonwood!  Collect sets of adventurer cards in order to roll dice, which you will use to explore the mystical lands of Dragonrealm.  Sneak into the Witch’s Cabin, search the Ogres’ Treehouse, or storm the Isle of Dragons.  Place the majority of adventurers on a location to claim its treasure.  But beware of meddling goblins, who pop up to snatch the spoils.  Gather the mot gold and become ruler of the realm.

Help your brightly colored frogs take control of your little corner of the rainforest in Flip Over Frog, a tile game for two to four players ages 6+.  Cleverly place frogs on the game board to flip adjacent tiles hiding some frogs and revealing others.  At the end of the game, the player with the most frogs face up is  the winner.  Plan ahead, watch out for snakes, and flip  your way to victory.

In Terra Mystica: Merchants of the Seas expansion trade is flourishing as ships traverse the rivers and merchants haul their wares across the land.  Create a new world of commerce and competition with the new faction abilities, 2 new maps, new bonus cards, and new scoring tiles.

Tsuro Phoenix Rising is the third in the Tsuro game of paths series.  As with the other Tsuro games, Phoenix Rising is for two to eight players.  In Phoenix Rising you will soar as a magical Phoenix, restoring light to a darkened world.  You will glide through the sky by placing, rotating, and flipping tiles to transform glowing lanterns into brilliant stars.  And, as with Tsuro games, your opponents may force you in the wrong direction – or even off the board – but as a Phoenix you may rise from the ashes and return to a strategic position.  The player who collects a constellation of seven stars is the winner.

The Fox in The Forest Duet is two-player cooperative trick-taking card game where players team up to help each other move through the forest. Work together to play tricks and move through the forest. Use the special abilities of the characters to exchange cards with each other, let your teammate follow with any card regardless of suit, and more. Win as a team by collecting all the gems, but be careful to stay on the path and not get lost in the forest.

Adding to our party games selection is Sheeple, the best game in the ewe-niverse.  The sheep from Mary’s flock want to become more civilized, to be more like people – to become Sheeple.  To do so, they must walk like people walk, dress like people dress, and most importantly, think like people think.

Players will start in e-lamb-entary school and will advance along a track trying to be the first player to graduate from ewe-niversity.  Game play is made up of drawing a card and choosing one of the categories listed on it.  Each player will then has a minute to write down as many items from the chosen category as they can think of.  Next compared all the word lists and award points where you have matching answers.  Tally up your score and advance your Sheeple along the track toward graduation.

Pirate Loot is a fast-paced card game of treasure and treachery for two to four players.  Players will each recruit a scurvy crew of cutthroat pirates.  Outwit your foes with a clever captain, pillage the treasure with a greedy first mate, five them the broadside with the brutal gunner, or just take it easy with the lazy cabinboy.  each pirate you play adds to the strength of your crew, but you must act fast.  When the ships sail, only the best are coming home with the loot.

Tiny Polka Dot is the playful way to fall in love with numbers. Tiny Polka Dot is an award-winning colorful card game aimed at kids three to eight.  It has 16 easy-to-learn games that playfully teach math, from counting and early numeracy to arithmetic and logic.

Antiquity Quest is a set collection card game for two to six players.  Each player is dealt two sets of 10 cards at the start of a round. You’ll pick up one set, this is called a hand. The second set, called a cache, remains face down on the table until you’ve played all of the cards from your hand.

Players will take turns drawing, playing, and discarding cards as they work on creating their own collections and sabotaging the collections of their opponents.

Collections consist of Antiquity and Treasure cards. The six suits of Antiquity cards represent six ancient civilizations. Treasures are their own suit and are more rare and valuable. The more challenging a collection is to create, the more it’s worth.

Cover Your Kingdom is a follow-up set collection card game to Cover Your Assets.

Your mission in this adventure is to gain Magic for your Kingdom. To achieve this you’ll need to form Clans of Punderful creatures, like Uniquehorns, Peglegasus, Pigxies, or LepreCon Men, by forming them in pairs.

Special Creatures with powerful abilities add to the fun, letting you do things like swap Clans with a rival, move a Clan from the top to the bottom of a stack, or remove it from the game entirely!